The Danish architecture firm Cobe is to create a new and exclusive 14,000-m² design center for the multinational organisation Geely Design, which develops and executes new world-class designs for the Chinese automotive juggernaut Geely. The new building is going to form the setting for Geely Design’s development of, among others, the new electric car brand Lynk&Co in a unique campus named “Uni3 by Geely” on Gothenburg’s harbour front, set for completion in 2022.

The new design center will be a multi-purpose building that strengthens and reflects the organisation’s identity and philosophy, rooted in an automotive design defined by themes such as “personal”, “new tech”, “dark”, “urbanism” and “respect”. The new design center is no ordinary office building but more like a giant, four-story-tall machine. It offers large spaces with room for constructing clay models of cars in a scale of 1:1 as well as dark areas where virtual designers can work on giant screens in the spectacular design space at the top of the building.

The exterior materials are inspired by an automotive universe and setting, where the use of glass and metal in the facade and concrete on the terrain creates a natural connection with the cars that are designed inside. The interior materials are similarly inspired by the softer interior universe of cars, with an emphasis on light curtains, comfortable furniture and sophisticated detailing.

A core aspect of the design is the relationship between private and public areas, since copying is a major challenge in the automotive industry, as it is in the design world in general, which makes it crucial to prevent prying eyes when it comes to the most sensitive activity of all: the ongoing design of new cars. At the same time, the building should also appear open and welcoming to visitors and locals. Cobe addressed this challenge by designing the building in four stories, with a showroom on the ground floor accessed via a large public square with access to the waterfront. The middle floors will contain canteen, meeting rooms and offices. Finally, on the top floor lies the double high “Chamber of Secrets”, where Geely’s designers will have a spectacular and completely sealed-off innovations lab. Centrally placed in the lab is a sunken yard, where designers can move car models outside in order to register how daylight is reflected in the surface of the car. The floor of the yard is the glass roof of the central atrium, strong enough to support the weight of the cars. The facade is similarly open and transparent on the ground floor and gradually becomes more private towards the top of the building, as black metal slats on the glass facade are spaced closer and closer together in a vertical progression. 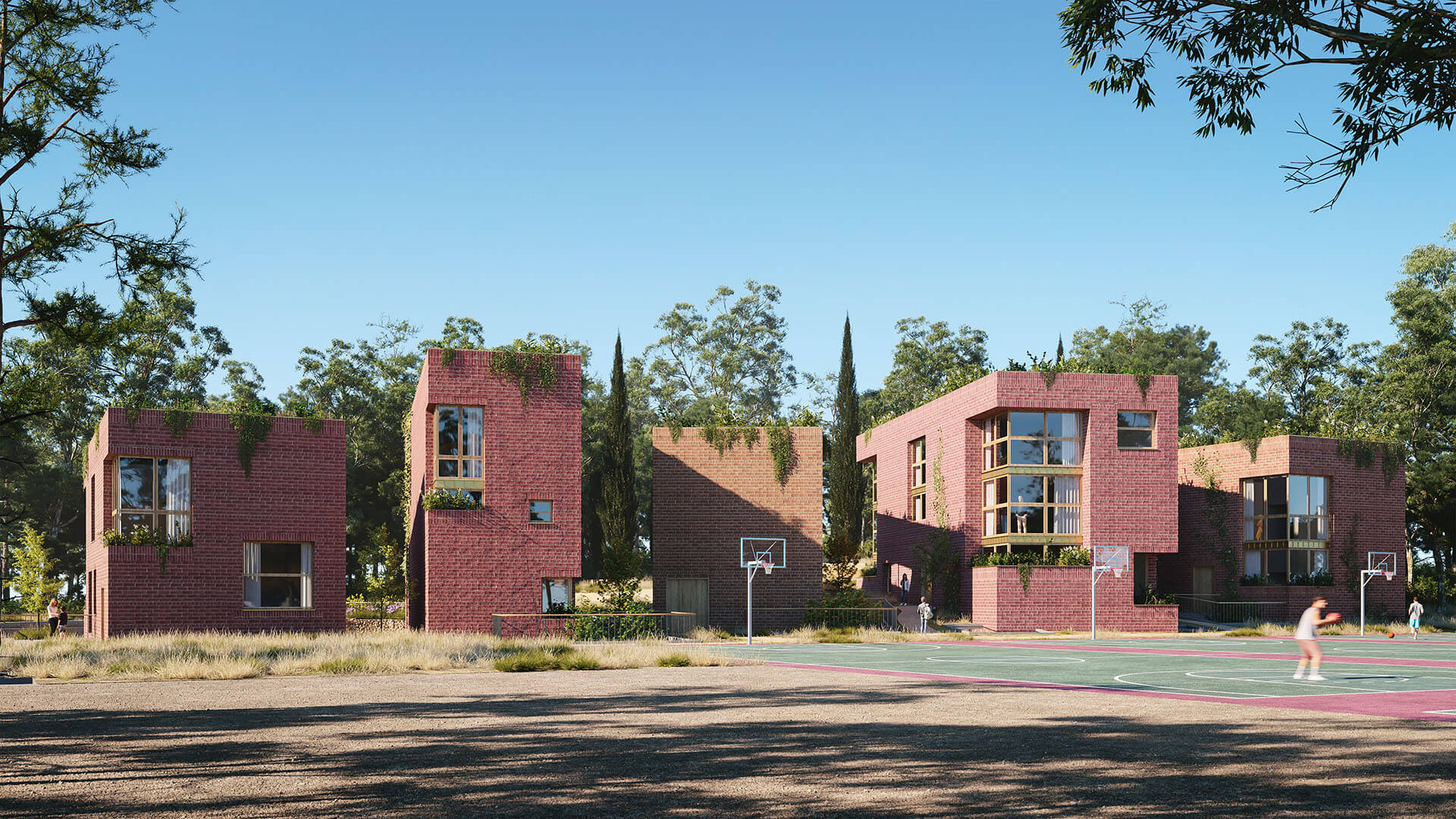 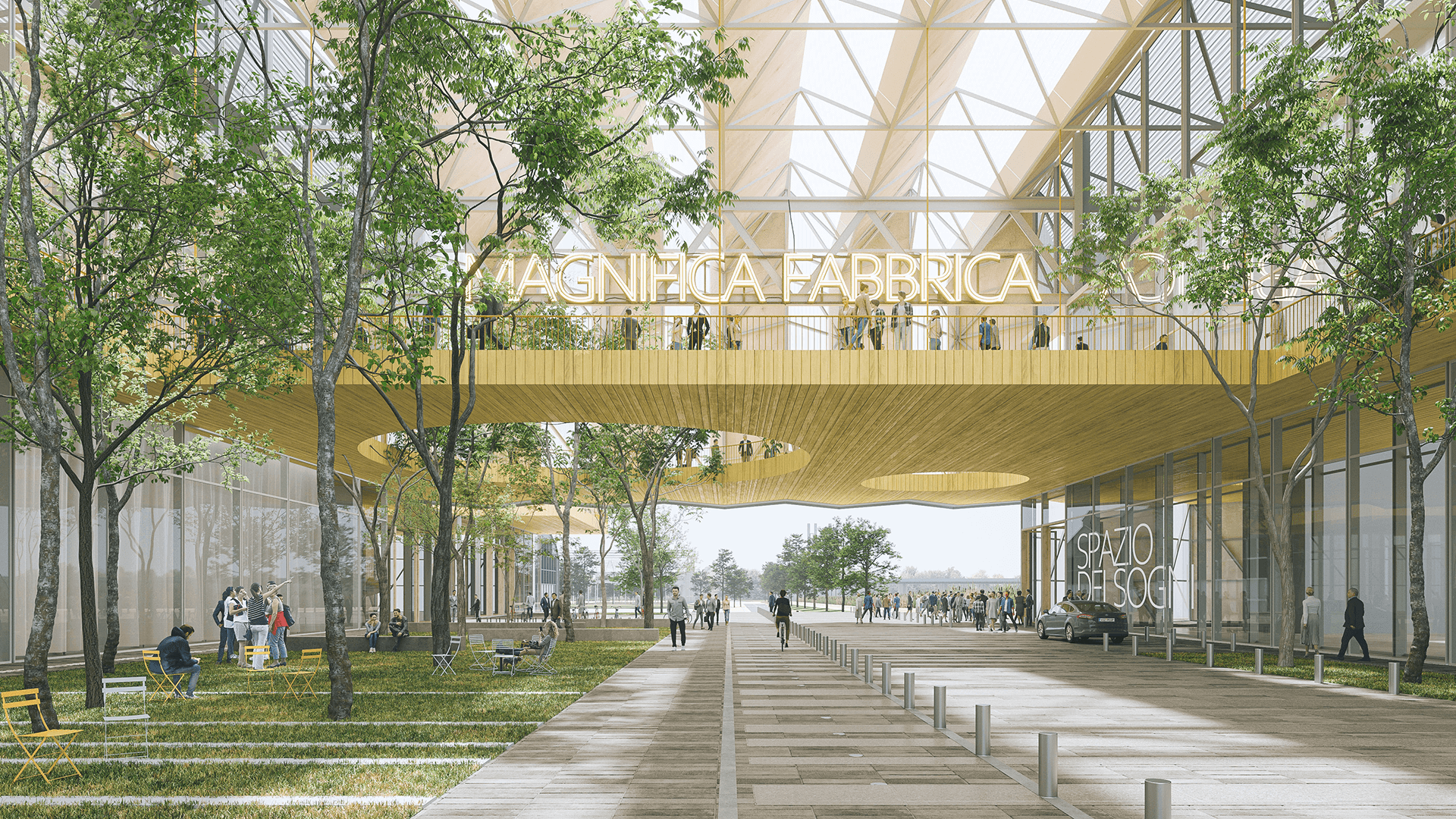 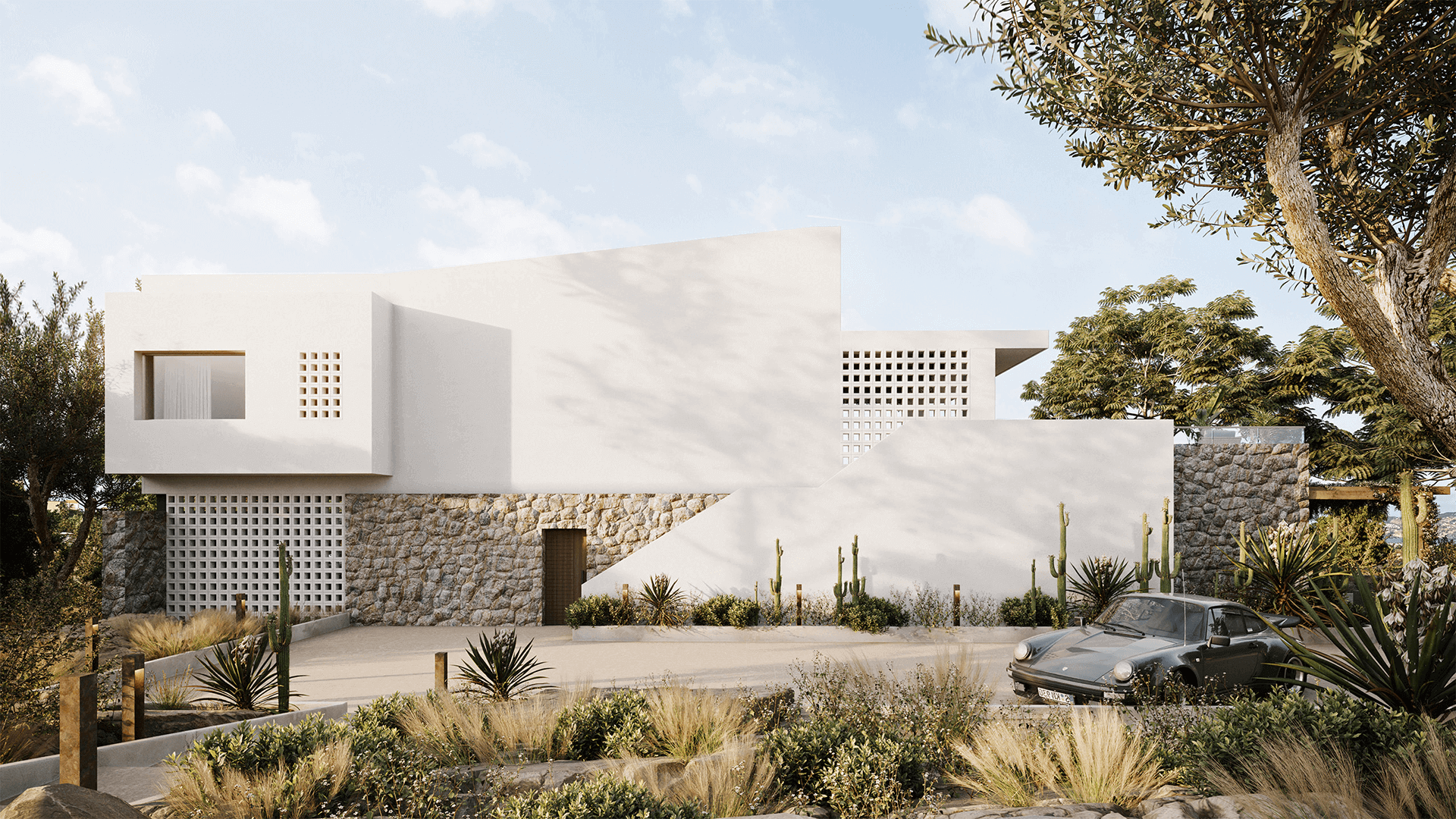 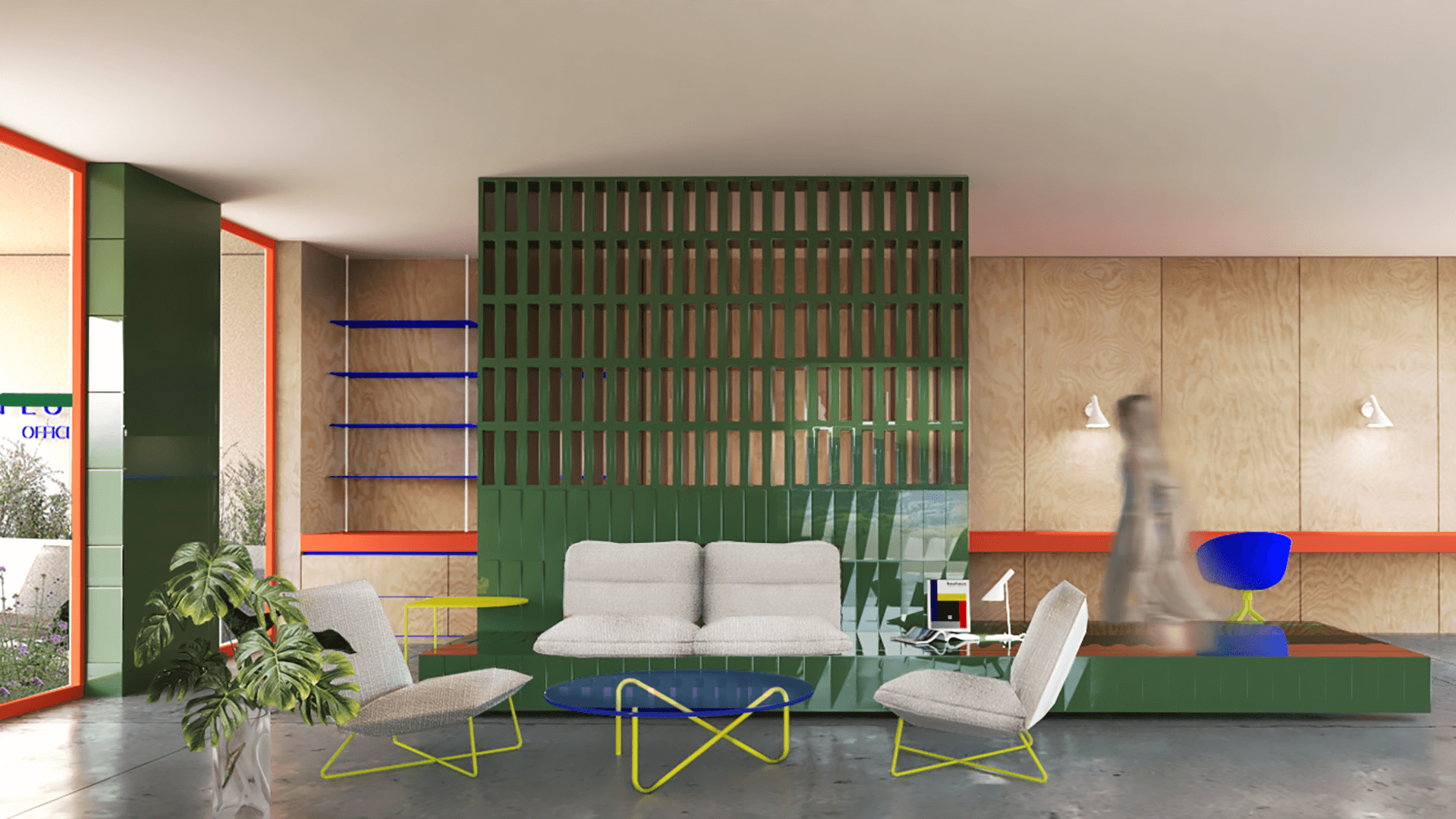