Located in a flood zone along the shore of Lake Saint-Louis, in the outskirts of Montreal, the Langlois-Lessard Residence is a direct response to the questions raised by the site. Those include the integration of architecture into an exceptional natural environment and the definition of the house’s spatiality, volume and fabric in relation to the site itself.

To preserve the pristine beauty of the site and its many mature trees, the architects prescribed a compact footprint, keeping the pool attached to the house behind a low horizontal wall of natural stone, that provides privacy. Only seven percent of the site is built. Oriented towards impressive views and sunsets, the residence is situated near the water, creating the impression from within that the interior spaces are extending into the lake.

Both the exceptional quality of the landscape and the orientation of the site guided the general planning of living spaces on both floors. As the project evolved, specific architectural elements defined the spatial identity of the house. An open fireplace is situated on the axis of the main entrance, at the heart of the volume, while service blocks detached from the exterior walls flank its sides, creating subtle sculptural volumes. Both floors are characterized by remarkable spatial openness, yet they are connected through a very narrow, minimalist staircase. Given the water’s proximity and the elusive nature of the horizon beyond, the ground floor was kept under a low ceiling without any double heights, in order to reinforce the view towards the horizon. Inversely, on the second floor, the bedrooms enjoy interesting angular ceilings that generate a play of light and shadow.

The volumetric design of the house relies on two principles: Providing the owners with privacy and reacting to the strong western winds. The relatively opaque stone base ensures intimacy by stretching along the pool and establishing an artificial horizon, upon which the upper volume lies. The latter is displaced to form a covered terrace on the pool side, protected from the sun. The roof is shifted and angled in response to the surrounding natural environment.

The selection of natural textures comes as a response to the landscape and to the architectural character of the nearby town of Léry. Coarsely shaped natural limestone, textured concrete and wood siding integrate the house with the natural tones of the site, which is characterized by the barks of the trees, the neighboring houses’ wood siding, stone walls and other retaining walls on the waterfront, constructed of concrete block. Inside, the polished concrete floor and concrete fireplace dominate the material palette while the furniture softens and adds to the tone on tone effect. The neutral palette allows the surrounding landscape and its shifting seasonal expressions to dominate the interior. 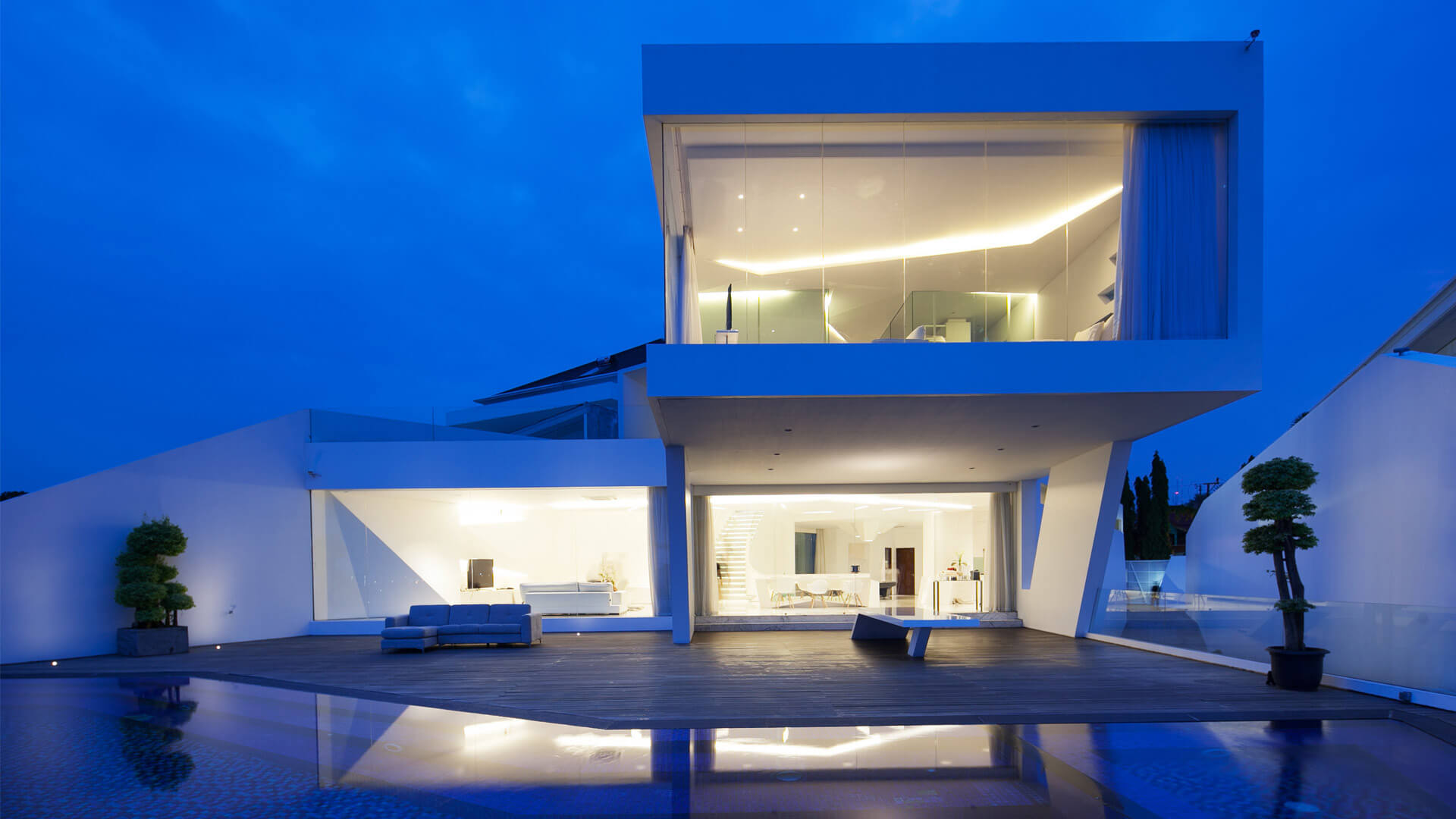 A piece of the future 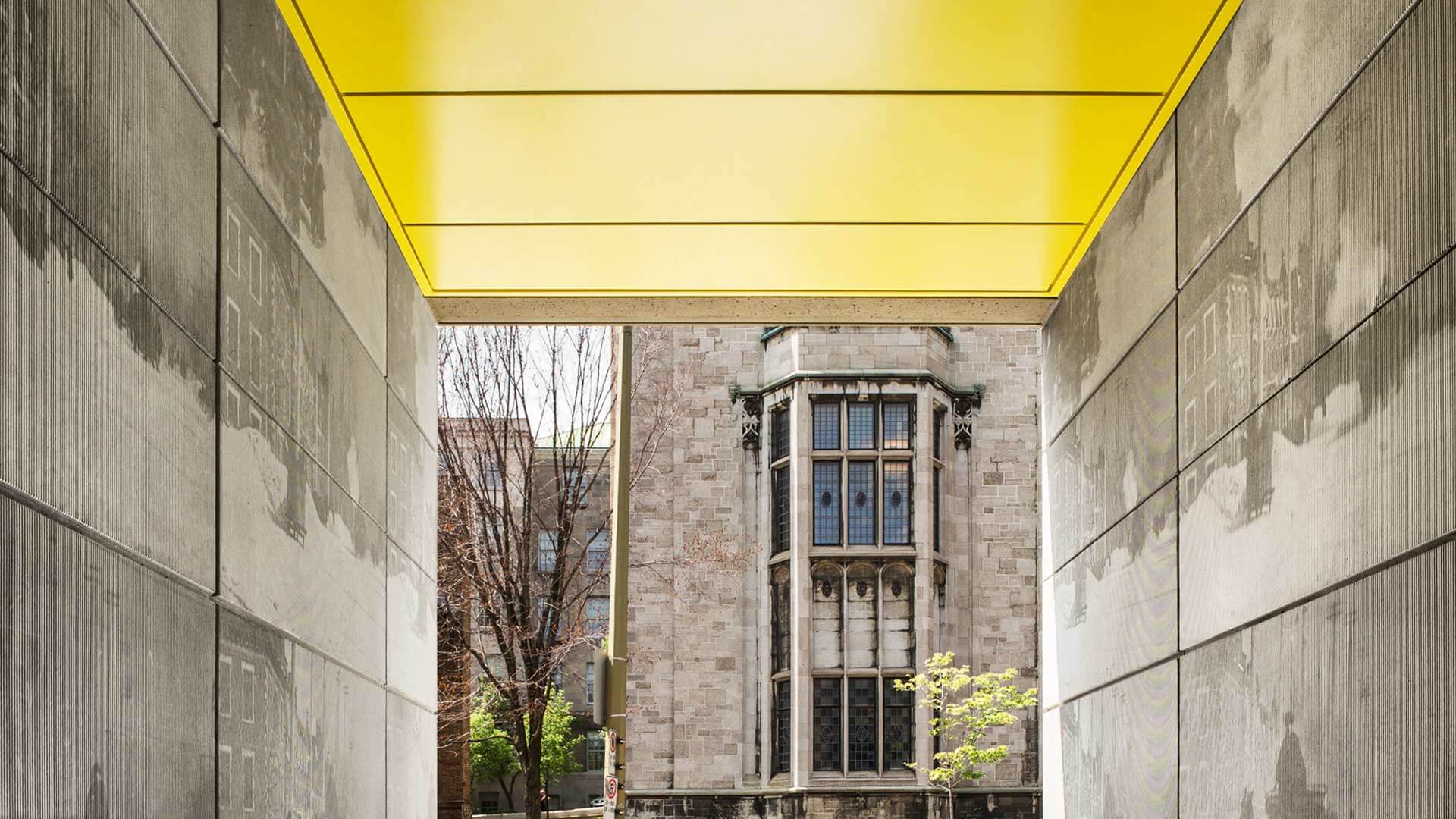 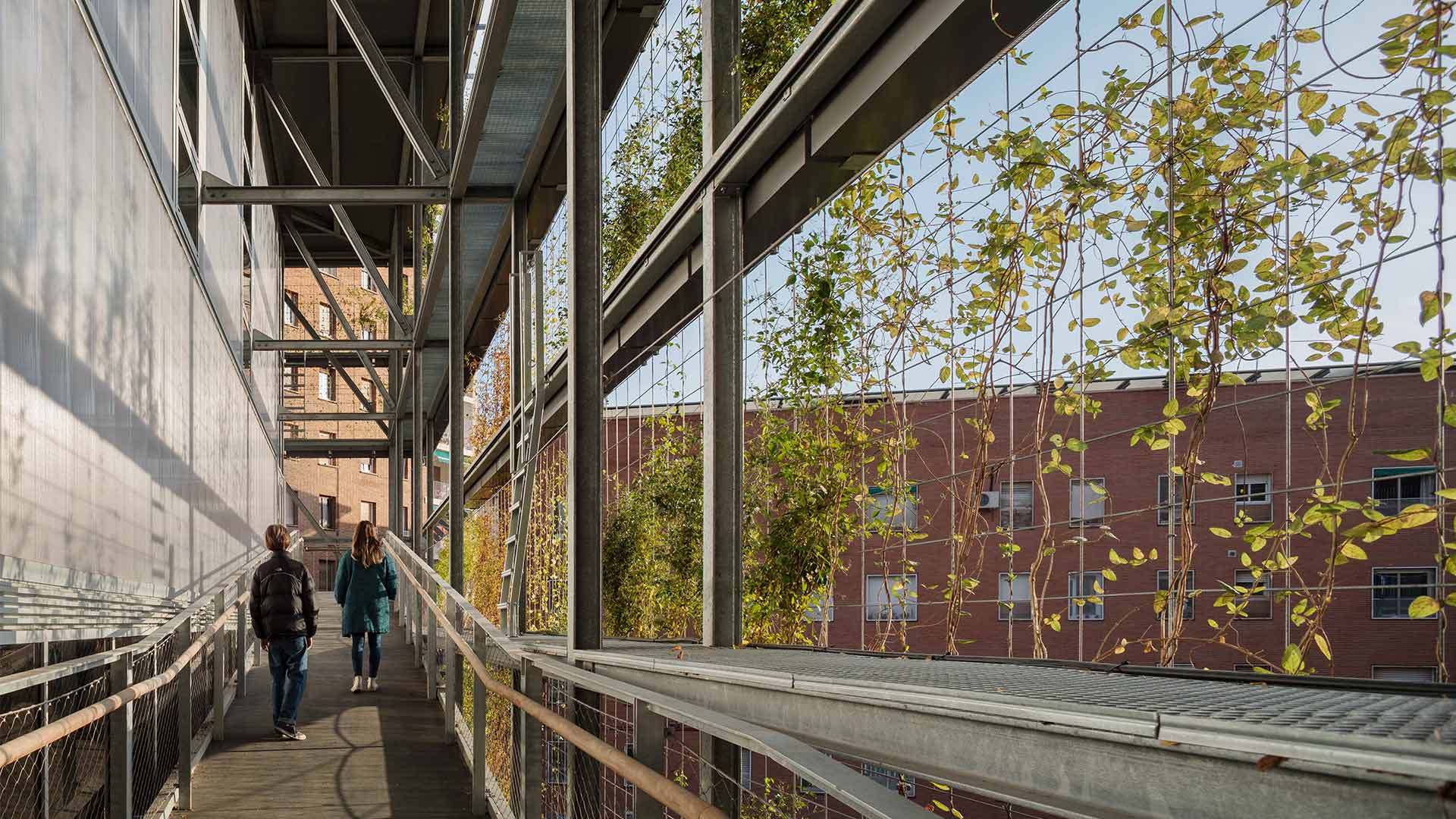 Urban regeneration with a green infrastructure 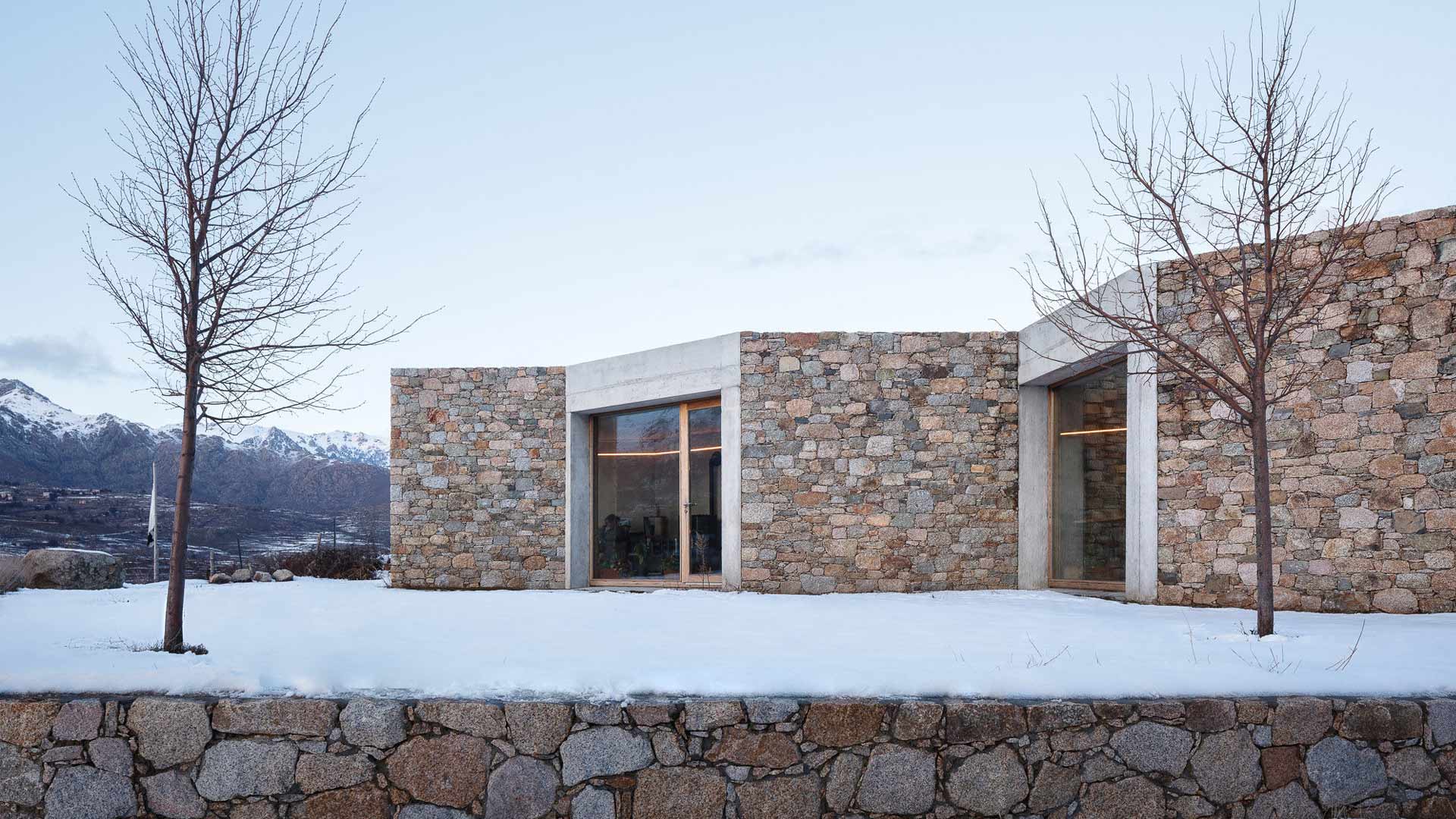