In a conscious move towards revitalizing the center of Athens with adaptive reuse of old buildings into the urban and social fabric, POTAMITISVEKRIS law firm chose to establish their offices in a listed neoclassical building in the historical center, featuring important 19th century landmarks, such as the Athenian Trilogy -comprising the Academy of Athens, the National Libraby and the University- by the celebrated architects Christian and Theophil Hansen, and Ernst Ziller.

The building was designed in 1928 by the architect Kostas Kitsikis, a collaborator of Ludwig Hoffmann, who made a substantial contribution to the modernization and international propagation of Greek architecture. It consists of a ground floor, a basement, and six floors, with a total surface of 2500m². The conservative, monolithic facades conform to the neoclassical tripartite structure –base, shaft, and crown- and incorporate the morphology of Belle Époque combined with Art Deco elements: Sculptural, ornamental motifs, cast iron railings, and Art Nouveau details.

In contrast to the facades, preserved in their original state, the interior was radically remodeled during the 1980ies, with all its elements removed.

The new interior design is informed by the materiality and morphology of the entrance vestibules of the first apartment buildings that appeared in Western Europe by the beginning of the 20th century, and it follows the tripartite structure of the neoclassical facades.

The “base”, on the ground floor, is the threshold to the building and hosts the reception area. The main design gesture there is the marble floor, bearing a motif that alludes to the entrances of town houses of its time; the geometrical pattern unfolds across the entire ground floor area. Vertical partitions with reflective bases, mirror the pattern, creating an illusion of levitation. The reception desk, with its reflective surface, becomes virtually invisible. Multiple reflections generate a diffraction effect with multiple geometries shifting according to one’s position in space. Each room is marked by its specified color. Artworks are mainly photographic, depicting contemporary Athens.

The “stem” consists of five floors, accommodating offices; the latter are separated with double feather white membrane panels with a transparent base, becoming opaque towards the center, generating overlapping reflections and transparencies. Neither isolated in a closed space nor exposed in an open-plan office, staff enjoy a diffuse lighting environment and remain protected behind a “veil of fog”, perceiving other people as shadows of passers-by in the city. The monolithic, bespoke secretary desk stands prominent, drawing from the forms of interwar janitors’ booths.

The library is custom-designed, hand-made by artisans, and becomes the main collective workspace, equipped with more than 5000 volumes. 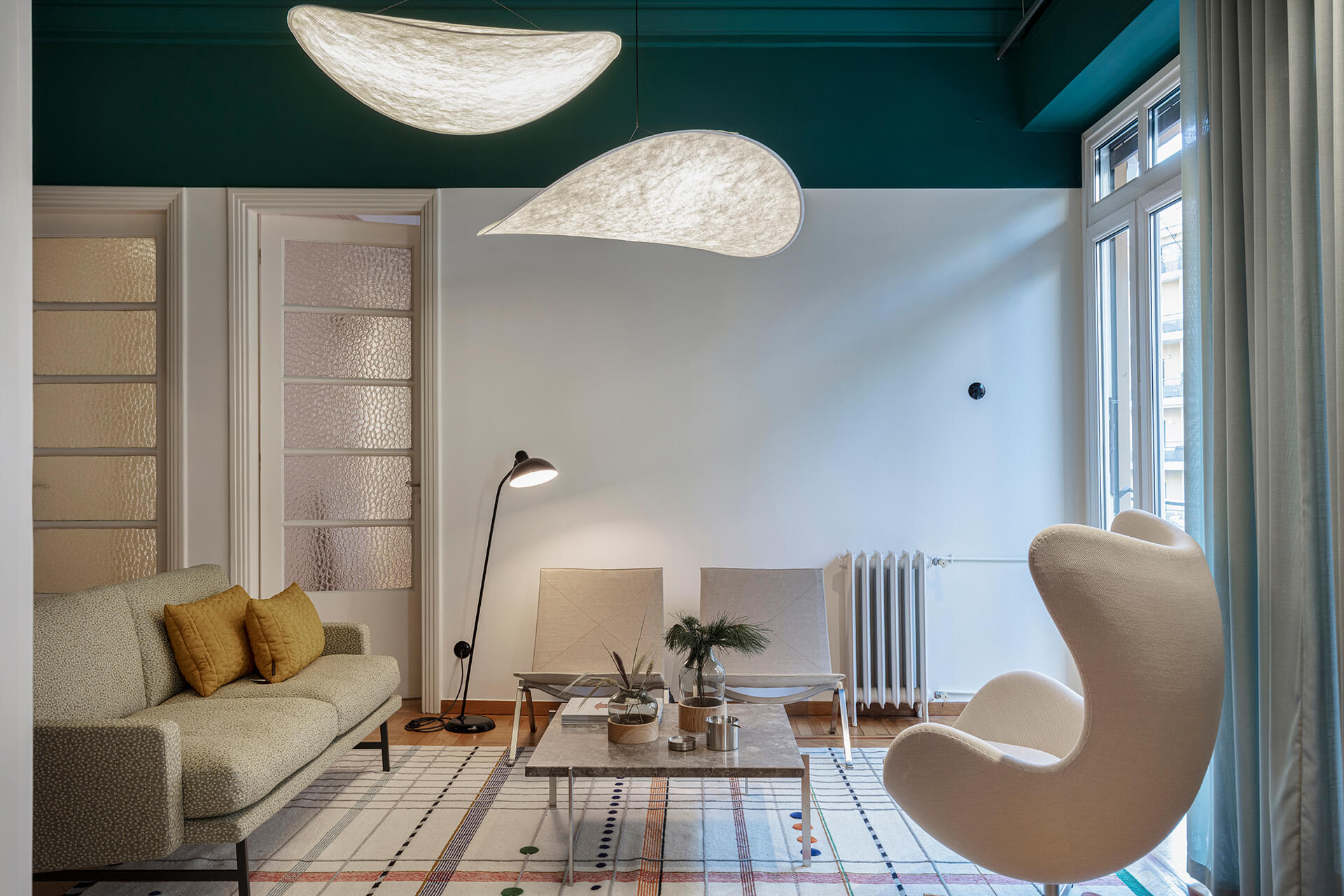 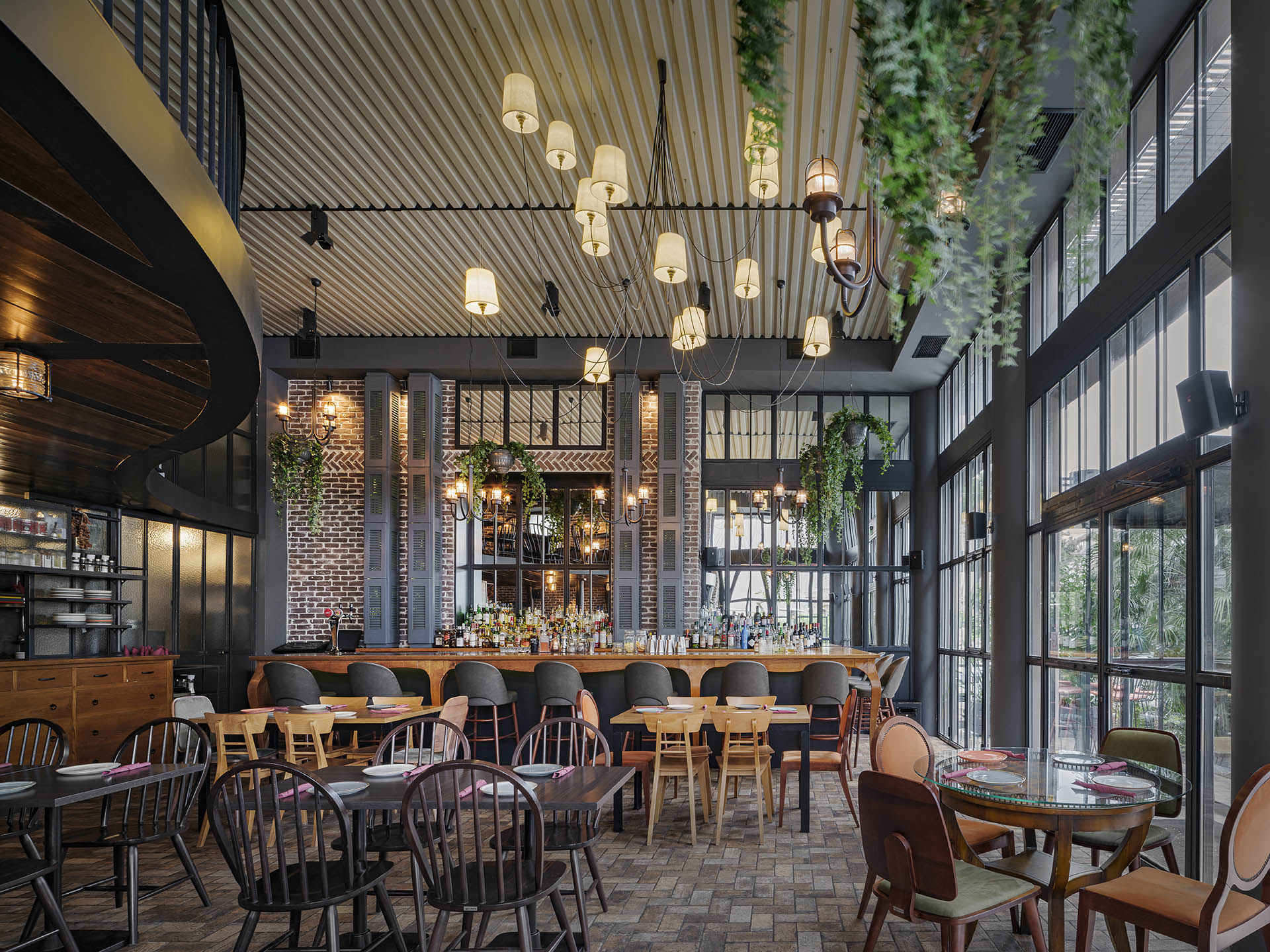 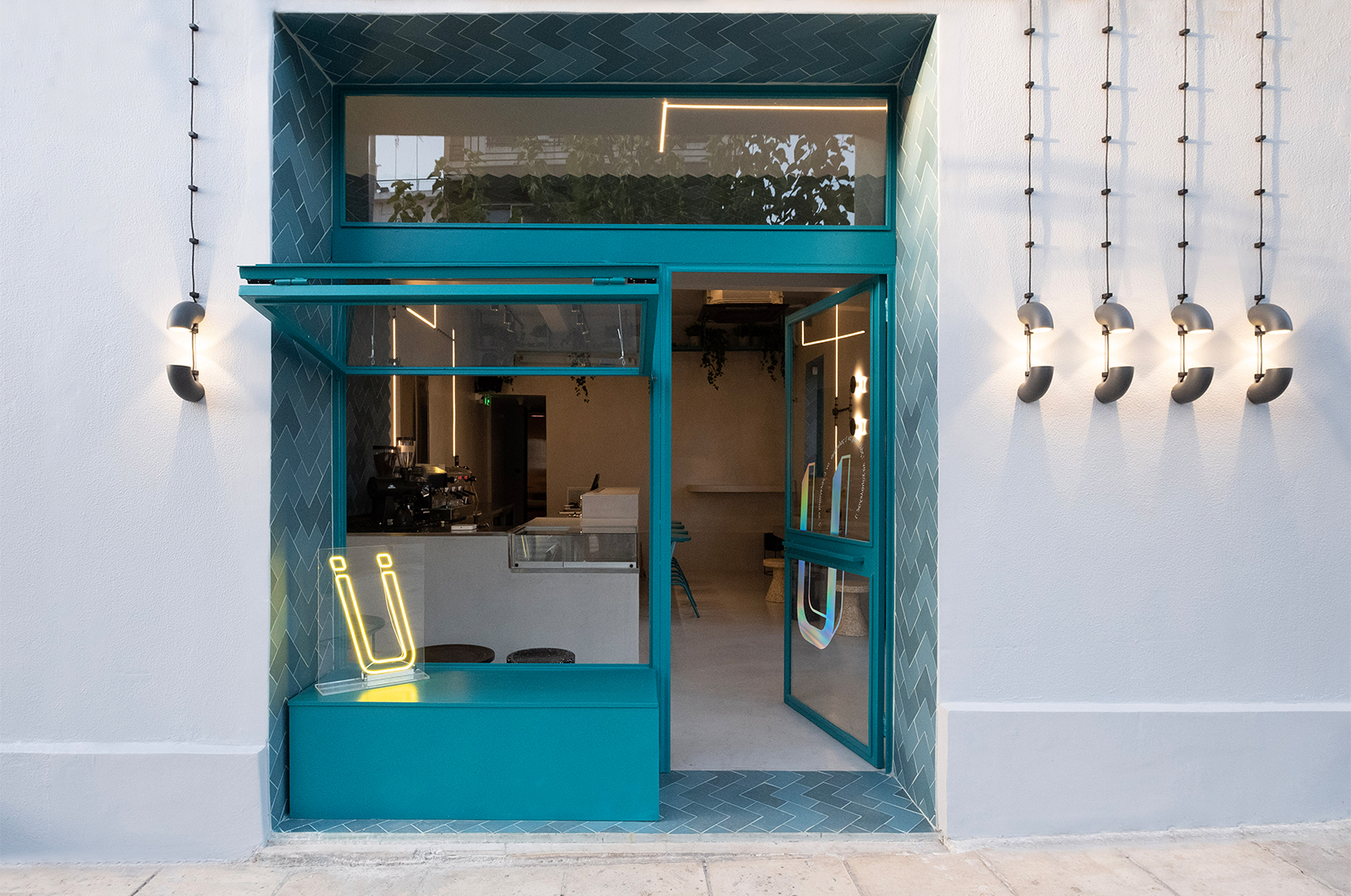 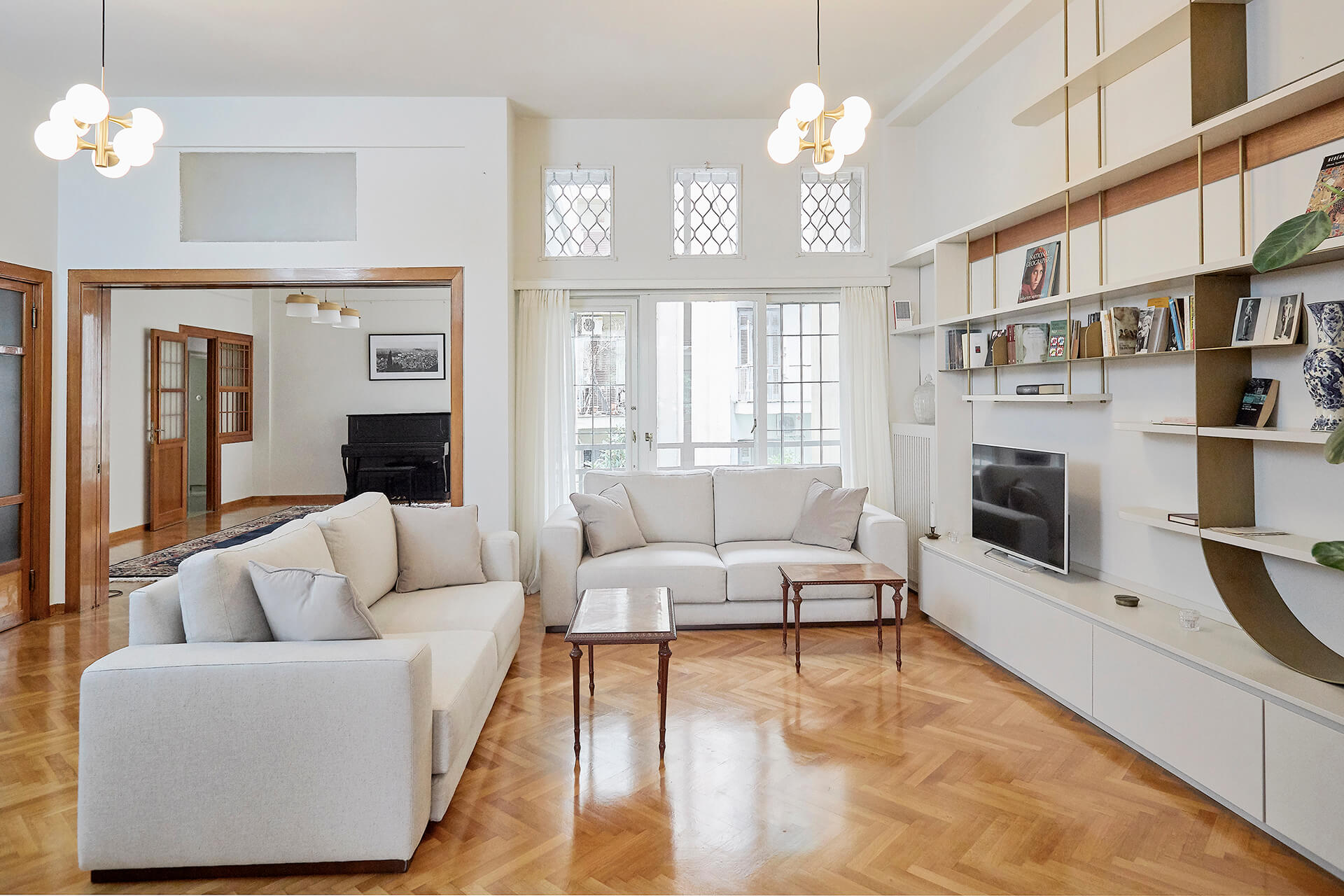