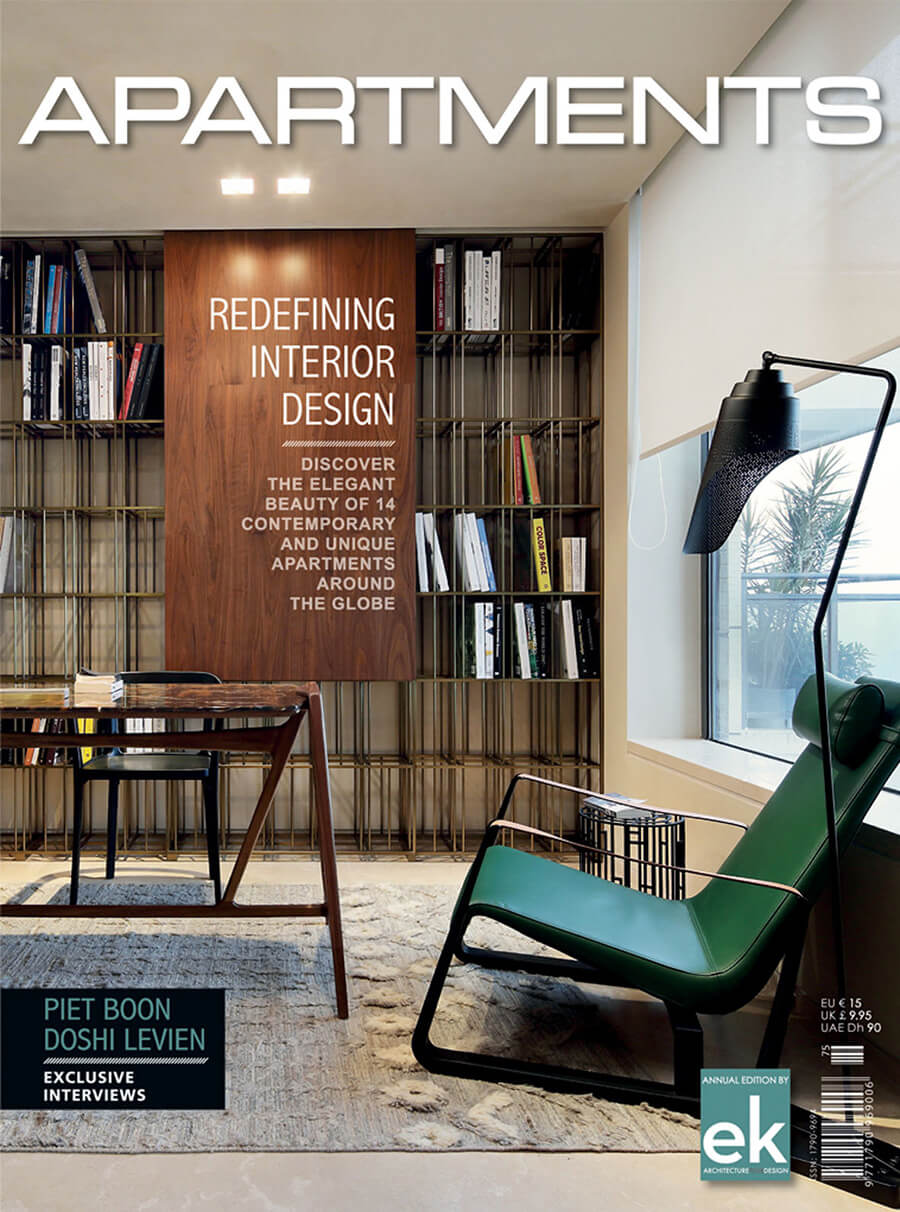 Being in the second decade of the 21st century, the apartment is actually being transformed in a complex habitation machine, justifying the prophetic aphorism of Le Corbusier nearly a century ago: energy efficiency, lighting design, automation and connectivity of dwelling places are concepts introduced actively in design in recent years and changed the data. However, the apartment as a private space, must reflect the particular characteristics of the personality of its users. The design product should be the result of a dialogue between the architect and the user.

With its 11th edition, the annual international bookazine “Apartments” attempts a tour of the best apartment configurations within the most recent architectural production, selected from different parts of the world and Greece. It also includes two exclusive interviews with world renowned Dutch designer Piet Boon and the internationally recognized Anglo-Indian design office Doshi Levien, of Nipa Doshi and Jonathan Levien, based in London.