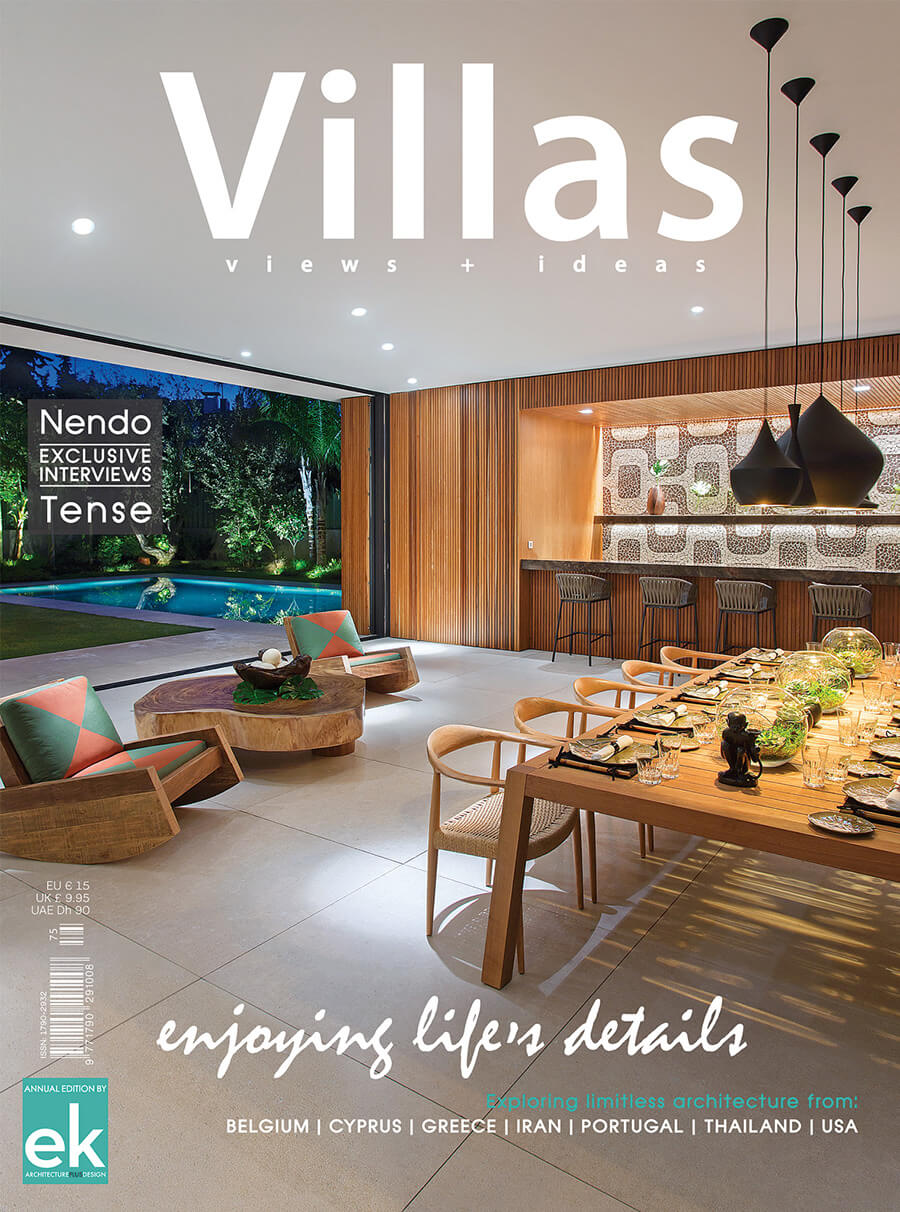 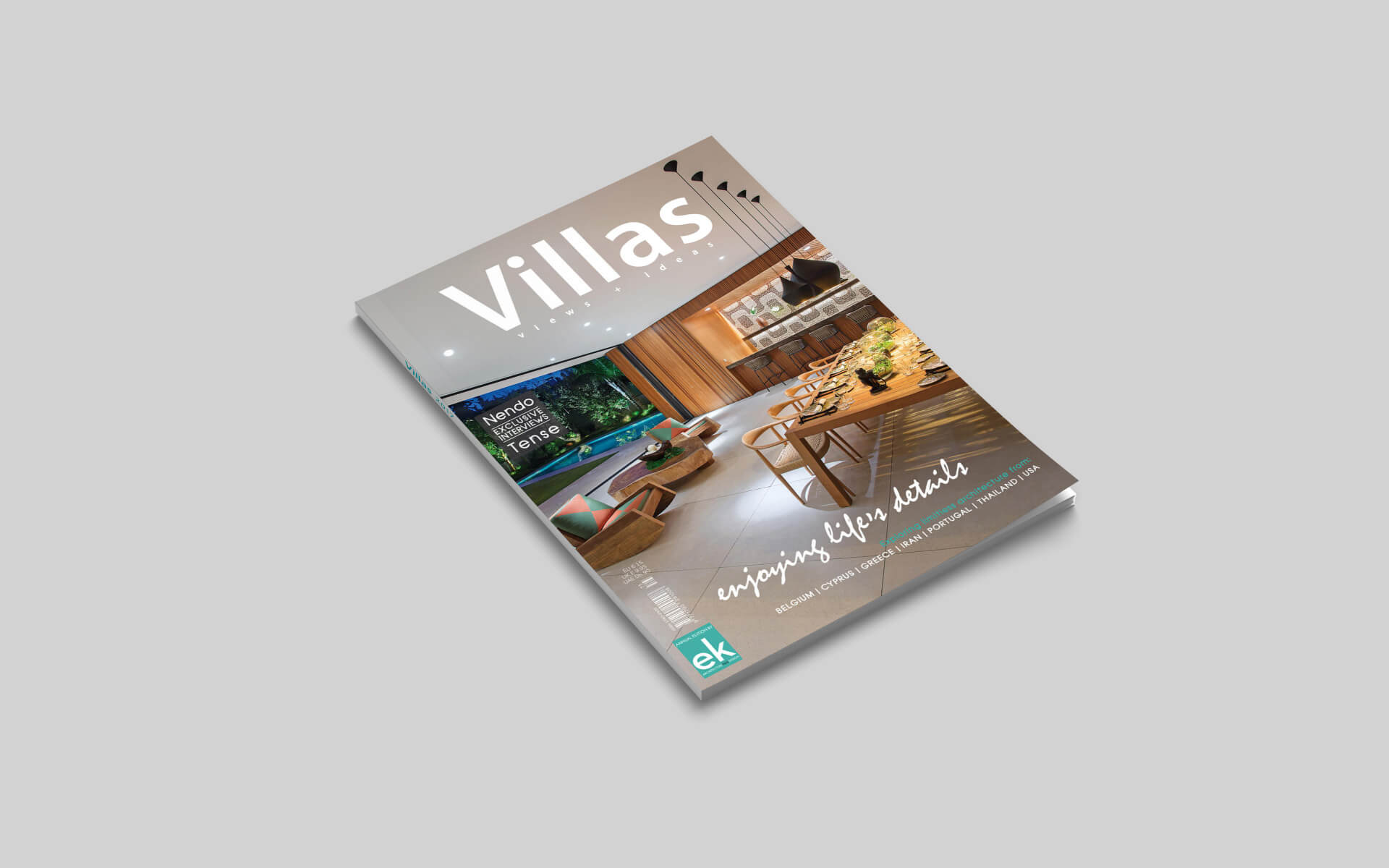 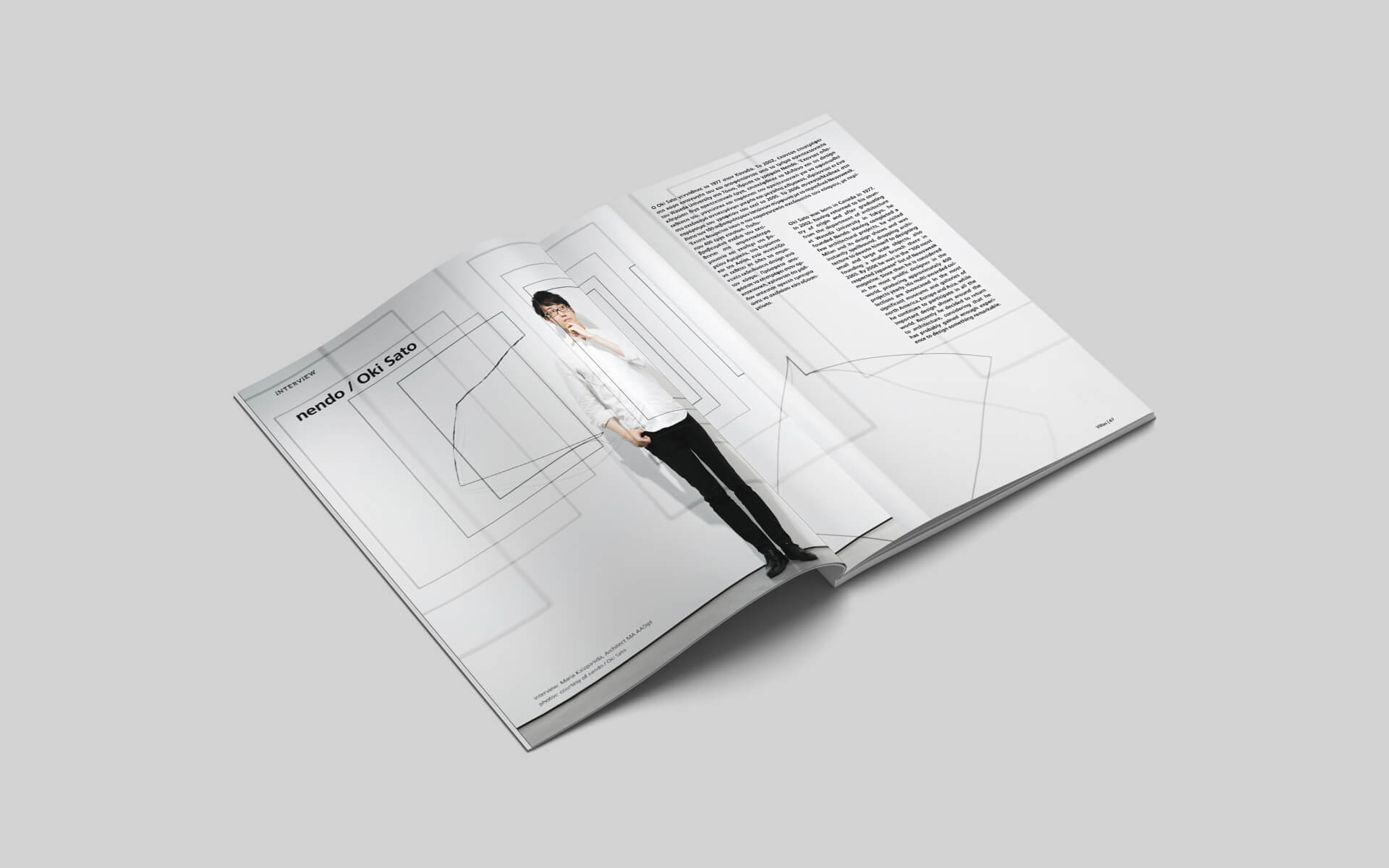 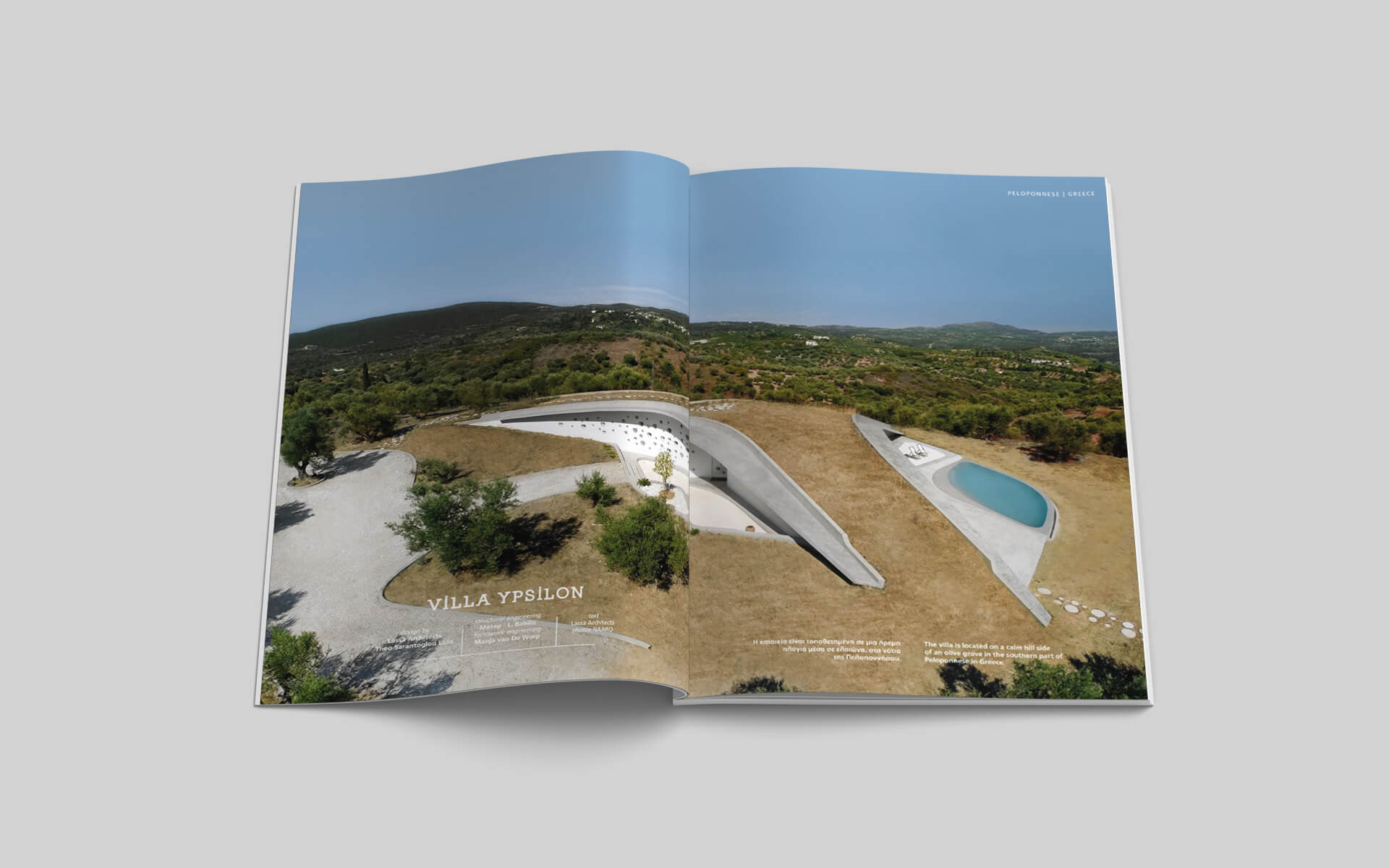 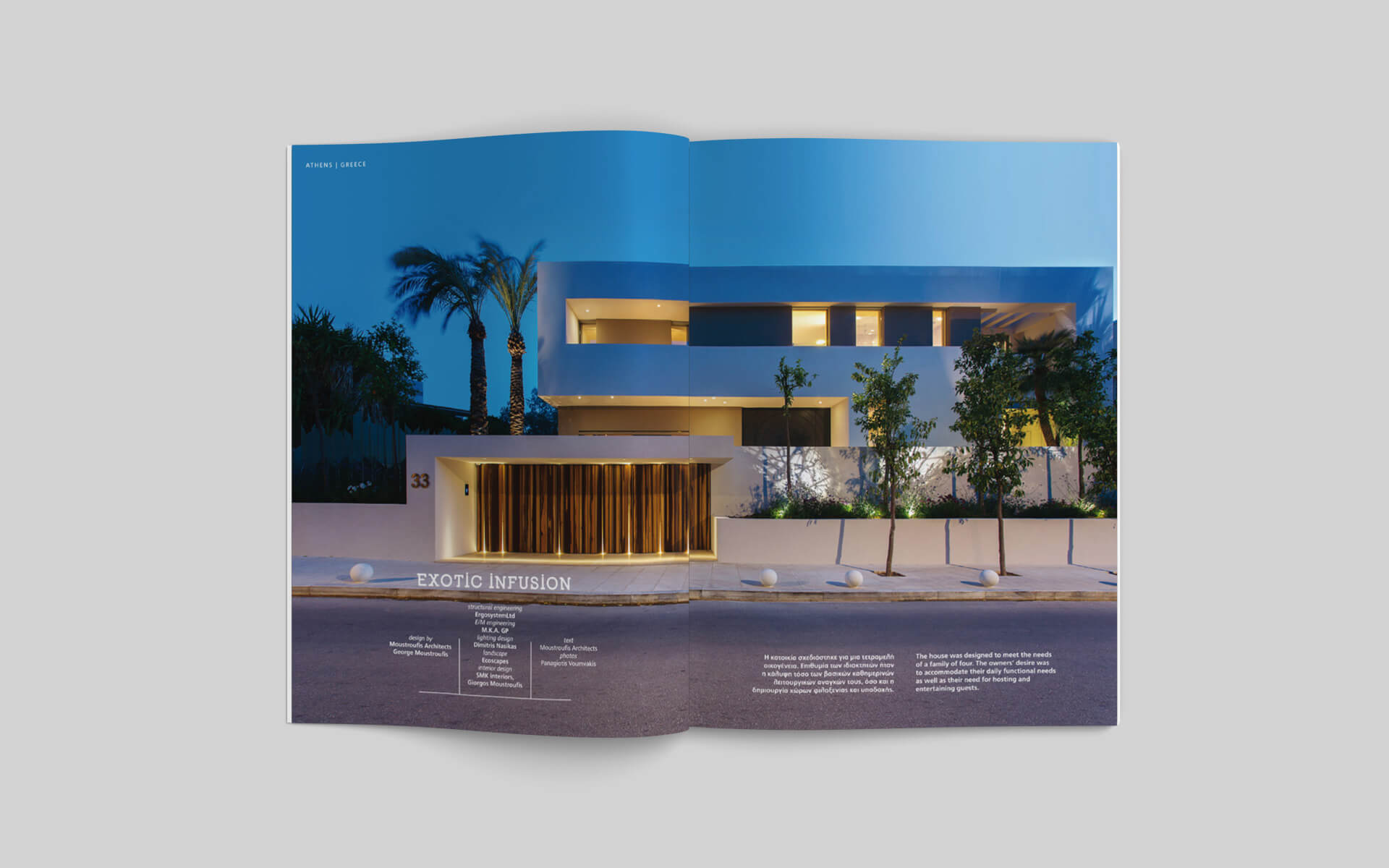 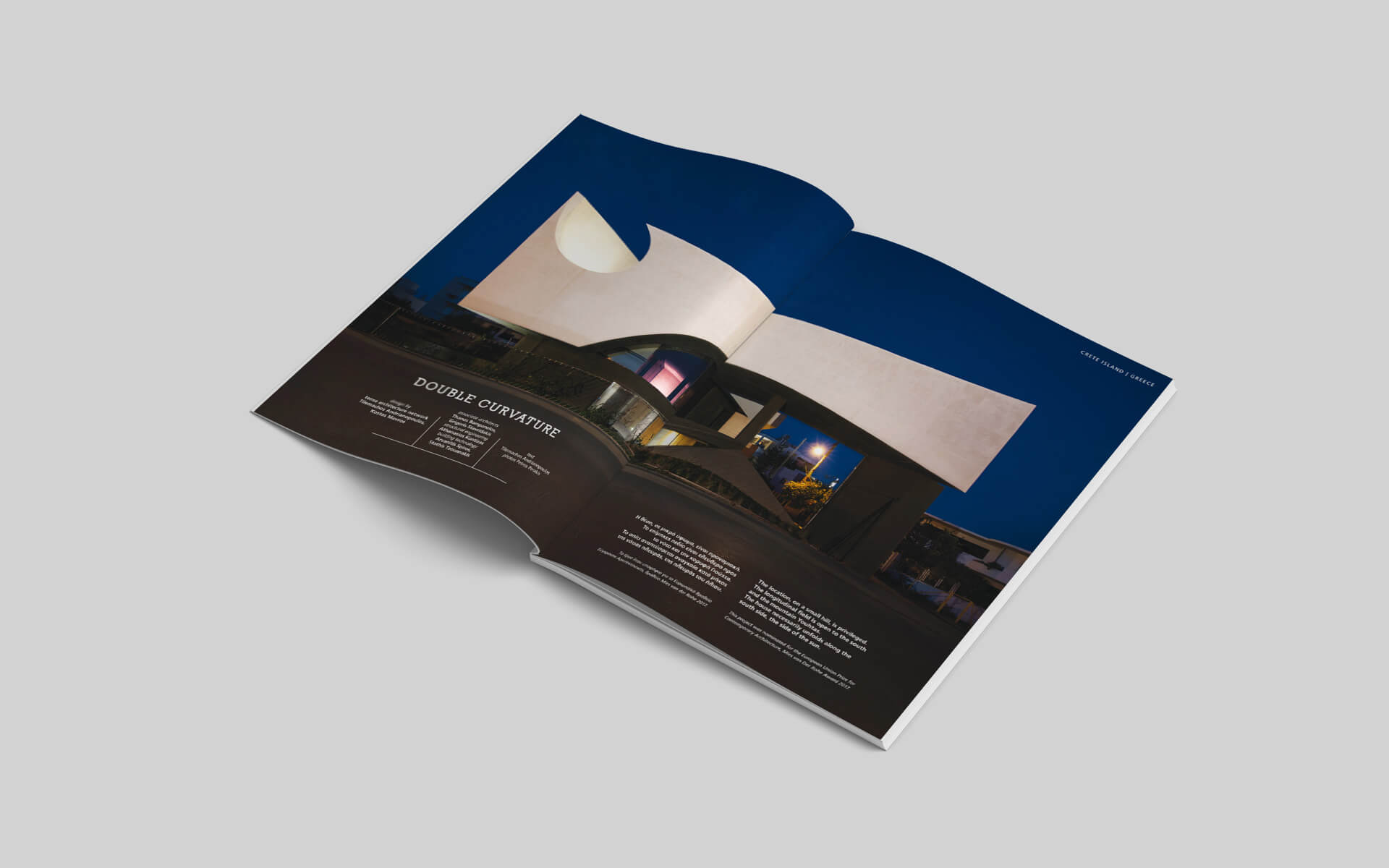 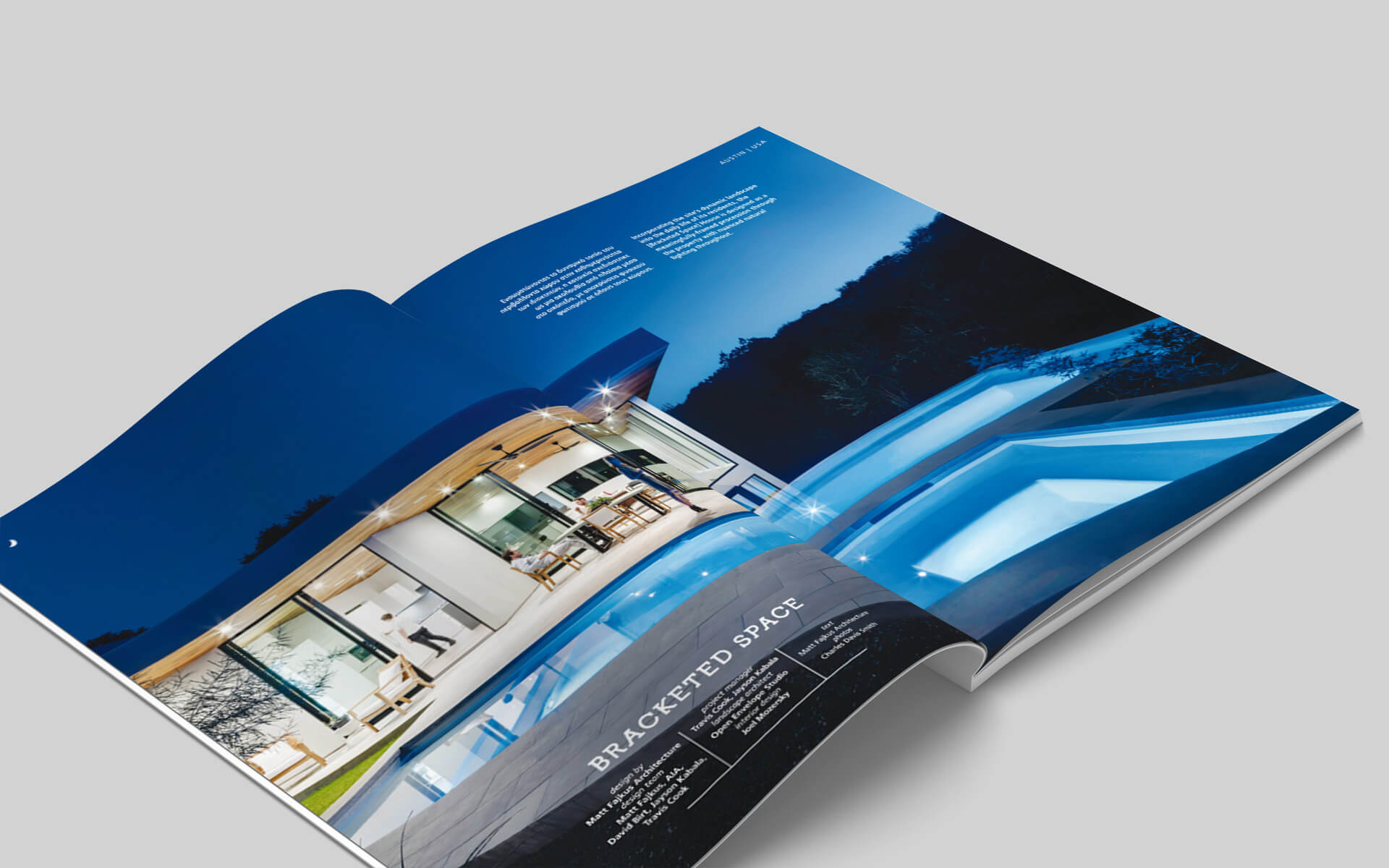 The architecture of luxury suburban houses still exerts special attraction, so much to their architects as well as to a wider audience internationally. Several decades after the legendary Californian developments of case studies, the architectural compositions of villas always push the limits of design and the technological capacities of construction, create new standards and entice the dream.
This year’s 15th bilingual version of Villas includes the most significant completions of this kind from Greek and international architectural firms in Greece and Cyprus, in addition to separate examples from Europe, USA and Asia, as well as very interesting interviews with award-winning Greek architect Tilemahos Andrianopoulos (Tense) and internationally recognized Japanese designer Oki Sato of Nendo studio.