Ron Arad is a designer, working throughout the entire spectrum of the creative field. Born in Tel Aviv in 1951, he settled in London in 1973, where he is based ever since. His constant experimentation with the possibilities of materials such as steel, aluminum or polyamide and his radical re-conception of the form and structure of furniture has put him at the forefront of contemporary design and architecture. Alongside his limited-edition studio work, Arad designs for leading international companies including Kartell, Vitra, Moroso, Fiam, Driade, Alessi, Cappellini, Cassina, WMF and Magis, among many others.

Upon moving to London, you enrolled at the Architectural Association, an alternative school of architecture, at a time when there was little professional work to do. What drew you there and what have you kept from this experience?

The AA was not alternative. It was a special school, of course, and I really enjoyed my time there, but it was still a famous school of architecture drawing students from all over the world, at a time when no one was building anything in England. I did not come to London with a plan to study at the AA; I just improvised through the interviews and they made a mistake and offered me a place. It seemed to me more like an art school, that was not so much about making buildings, but rather about ideas and concepts that could materialize at a later stage, like the Pompidou Center, that drew from the work of Archigram, who had never produced anything but drawings.

Practicing architects often have their potential narrowed down from outside factors, and I feel free from that: I love architecture, but I am not in love with the profession. If you graduate from architecture school, you have to be commissioned to do something, unlike when you are a student, and you can design entire islands no one asked you to. When you are in an art school, on the other hand, you can continue doing what you did as an idealistic young person. This is what I keep from the AA.

You practice many fields of creative work, outside any given discipline. When you had your exhibition at the Pompidou, called “No Discipline”, may I assume it was you who chose the name?

“No discipline” describes my character, as I am not a very disciplined person; also, “no discipline” means that I do not have exclusive belonging to any discipline. The Pompidou was uneasy with the name because it had been decided a few years earlier that only French names should be given to exhibitions, but when I found that they had had an exhibition called “African Remix”, which is English, I convinced them to allow the name “No Discipline”. Then again, when the show moved to New York, I gave it a French name and it was called “La Cage sans Frontières”, the cage without borders.

If you have “no discipline”, at least you must have some sort of creative strategy. What is it about?

I do not have a creative strategy; I do not have a five-year plan. I sketch and I talk: I have very good people around me to talk to, who are a lot better than me. My personal test, when I have an idea, is whether I would be jealous if I saw such a thing at an exhibition in a gallery: If the answer is yes, then it’s worth doing; if it is not, then why bother? Materials and technology are tools, regardless of whether it is a CNC cutting machine, or a brush with paint. Equally important contributors are the artisans I collaborate with, like the one who carried out the latest collection that I did for Moroso, titled “Modou”. Sometimes you come across an amazing material and you think what can you do with it, and sometimes you have a great idea for something you want to do and wonder what is the best material that could be used for it. It is never one or the other.

You may be branded as an “industrial designer”, but how is your hands-on, artistic practice consistent with industrial production? There is an interesting story about how you first made your Tom Vac chair as a sculptural, vacuum-formed aluminum prototype, and then the industrial version kept the form but not the material, replacing it with poly mix.

I designed the Tom Vac when I was commissioned to do a totem at Via Manzoni for Domus magazine, for the Fiera in Milano. My idea for the totem was to make it with a hundred stacking chairs, and, instead of choosing one of the chairs in the market, I thought to make one. Those days I was interested in vacuum forming aluminum, and I needed an excuse to make something with it. So, I used the opportunity of the totem to make a mold. Vitra looked at it, and wanted to make a version of the chair in injection-molding, that is a more industrial, cost-effective method, and I didn’ t have an objection, since those are very serious considerations: When you do studio pieces, you don’ t have to think about production, you think about different things but, to be honest, that plastic chair is more “sitter-friendly” than an aluminum chair -and, if you do a chair, it has to be a good chair to sit on. It also needs to have enough “newness” to it, to justify doing it; I could have taken any old stacking chair, but something new evolved in the end. There is always a sort of dialogue with the companies on what to do with the artworks. For example, I think of the Bookworm for Kartell: It is one of the most successful industrial design pieces, and it started from an artwork before it became industrial design. Kartell produced more than 1000km of extrusion, which is longer than Italy.

One of your latest pieces, a blown glass vase collection for Venini, is titled “Where are my Glasses”. Why are “your” glasses the round, black, thick-framed “architect glasses” that you used there?

I was busy with eyewear at the time when Venini asked to do something, so instead of cutting lenses I took the frames and I said: “let’s blow glass into them!”. After a few sketches, we went to Murano to tell people there what to prepare and we explored the idea. When you design, it’s always about the material, the process, and about the dialogue between the two. What you get is a combination or a symbiosis between them. When you also work with a corporation, that synergy further involves the master craftsmen, whose contribution is very important. I can’ t blow glass; they blow glass beautifully. It was, in a way, one of the easiest projects I ’ve ever done. The embedded glasses at the Venini collection are not special or ideal; you could only think of “ideal glasses” if you have an architectural background. They don’t belong to Le Corbusier, but they are rather the generic, simple glasses that you find illustrating a dictionary entry.

What are you currently working on?

Before the lockdown, I was working on a piece for the Summer Show at the Royal Academy, which was going to be a Morgan car covered by woven fabric of a sketch of a Morgan car. I am always fascinated when I walk in the streets and see cars that are covered, as if Christo had covered them, and I had the idea of sketching what we don’t see, on the canvas. After digital processing, the flattened sketch was woven into a jacquard fabric and underneath is the car. The process is pretty amazing, and it is a little known fact that the fabric industry was the first industry to use computers in production, long before the car industry did. So, everything is a computer generation of handmade sketches, with amazing threads: I didn’t have a Morgan here in the lockdown so when the fabric arrived I had to improvise a car using whatever I could find around me, including a circular speaker I once made, shelves, cushions, one of my Moroso Little Albert chairs, a Danish 60’s chair that formed the perfect grille, all placed on a Borsani sofa onto which I then placed a Gaetano Pesce felt chair that formed the car bonnet. Later, for the exhibit at Huntsman in Savile Row, I made a painterly sculpture of a Morgan car, to sit under the fabric, incorporating parts kindly given to me by Morgan.

What are you good at, as an individual or as part of a team, and where do you draw your inspiration from?

I think that I am good in coming up with original ideas, in satisfying my curiosity and my boredom and in making it work. I have noticed that the best source of ideas and “inspiration” – however little I like this word- is your own work. When you work on something, you can only progress one bit at a time, and, along the way, you get ideas of other ways of doing it, that may evolve into something altogether new, after the previous project is finished. For example, when I needed to work on something that was hidden under a blanket, I thought that it was not important, that it was for no one to see, and then I found myself doing something that I wanted everyone to see. So, one came from the other, the next kind from the same source. It’s always the work that gives birth to ideas in the future. 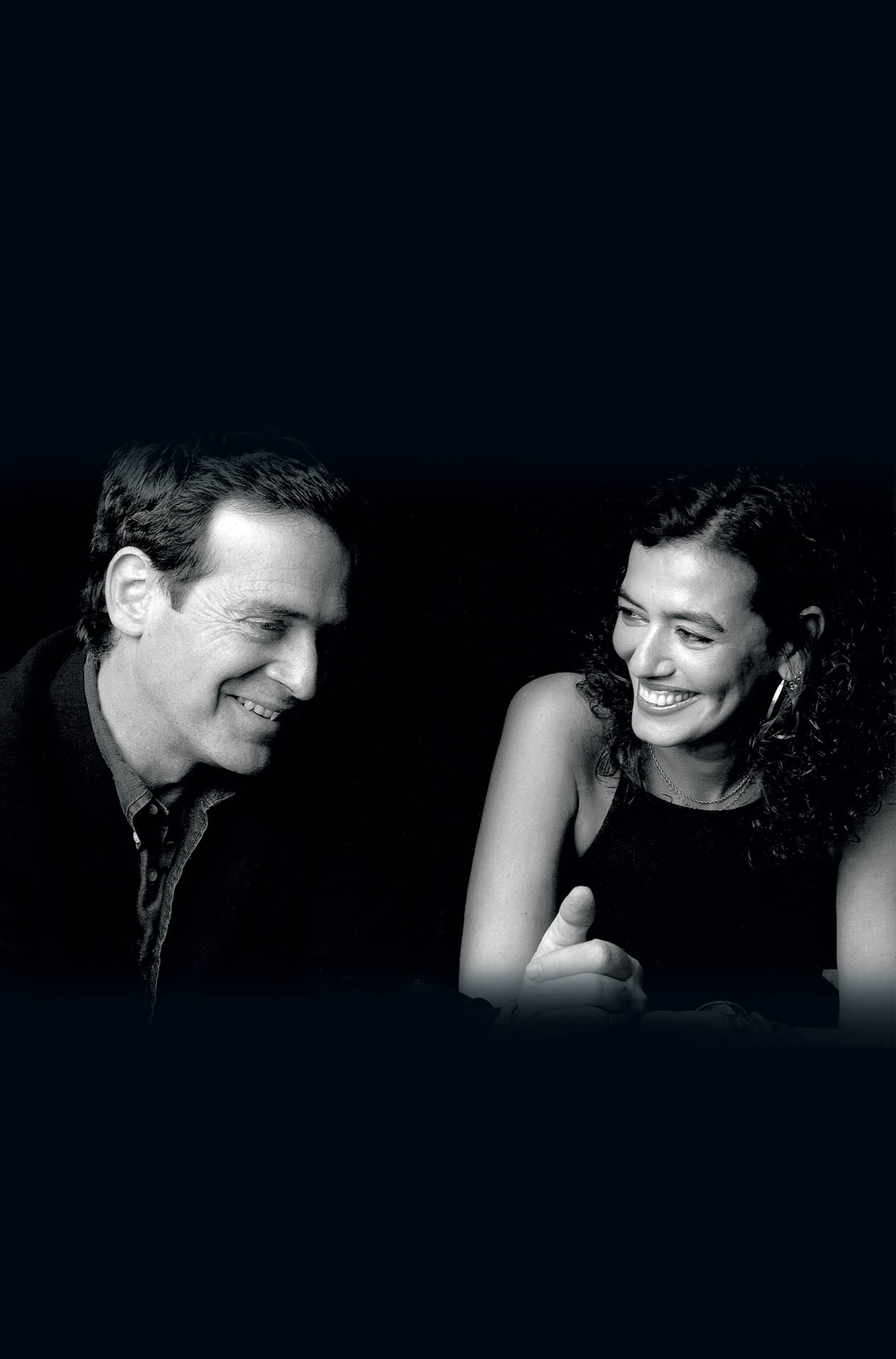 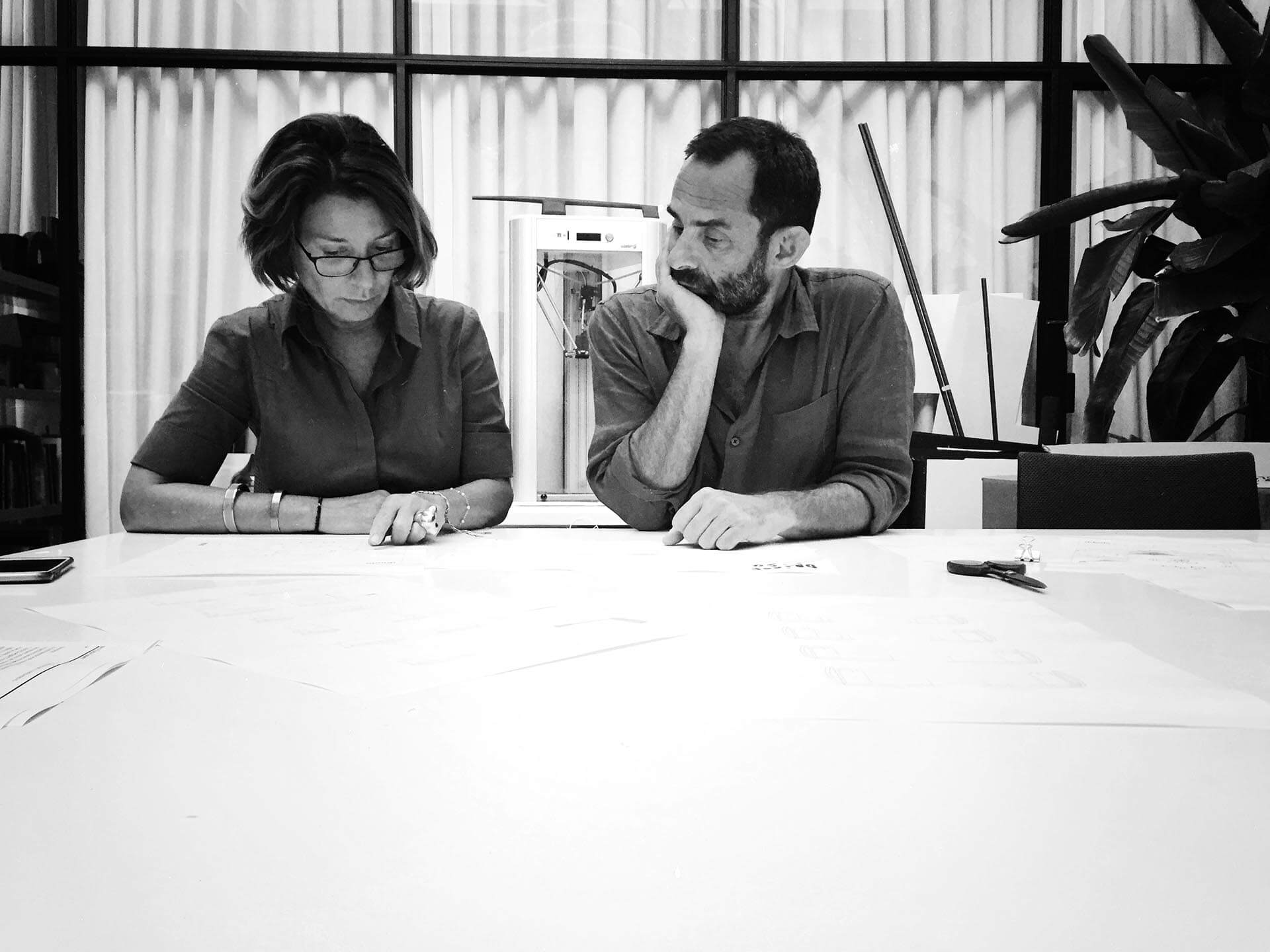 The internationally acclaimed designer, Roberto Palomba, is coming to Athens! 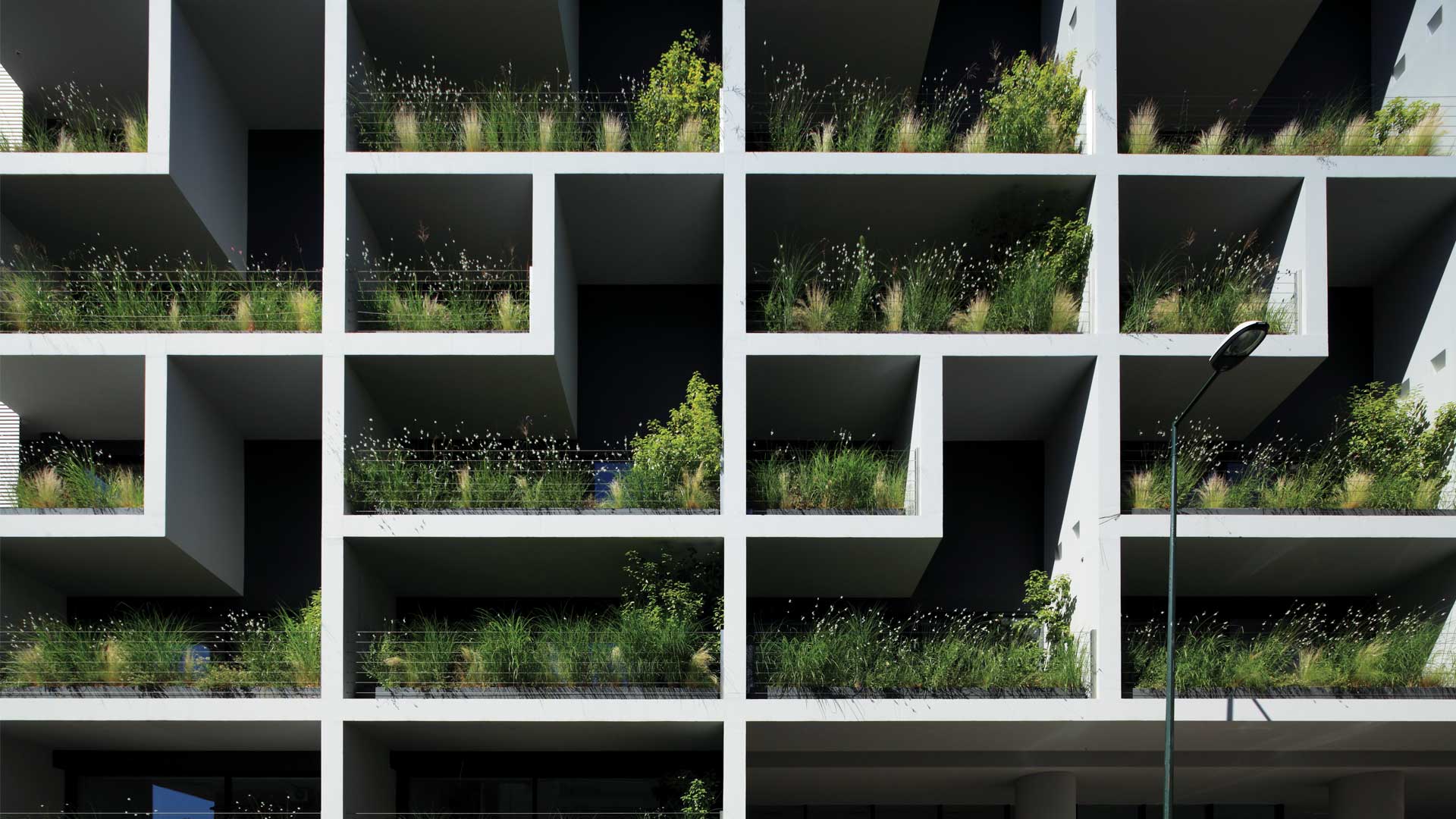 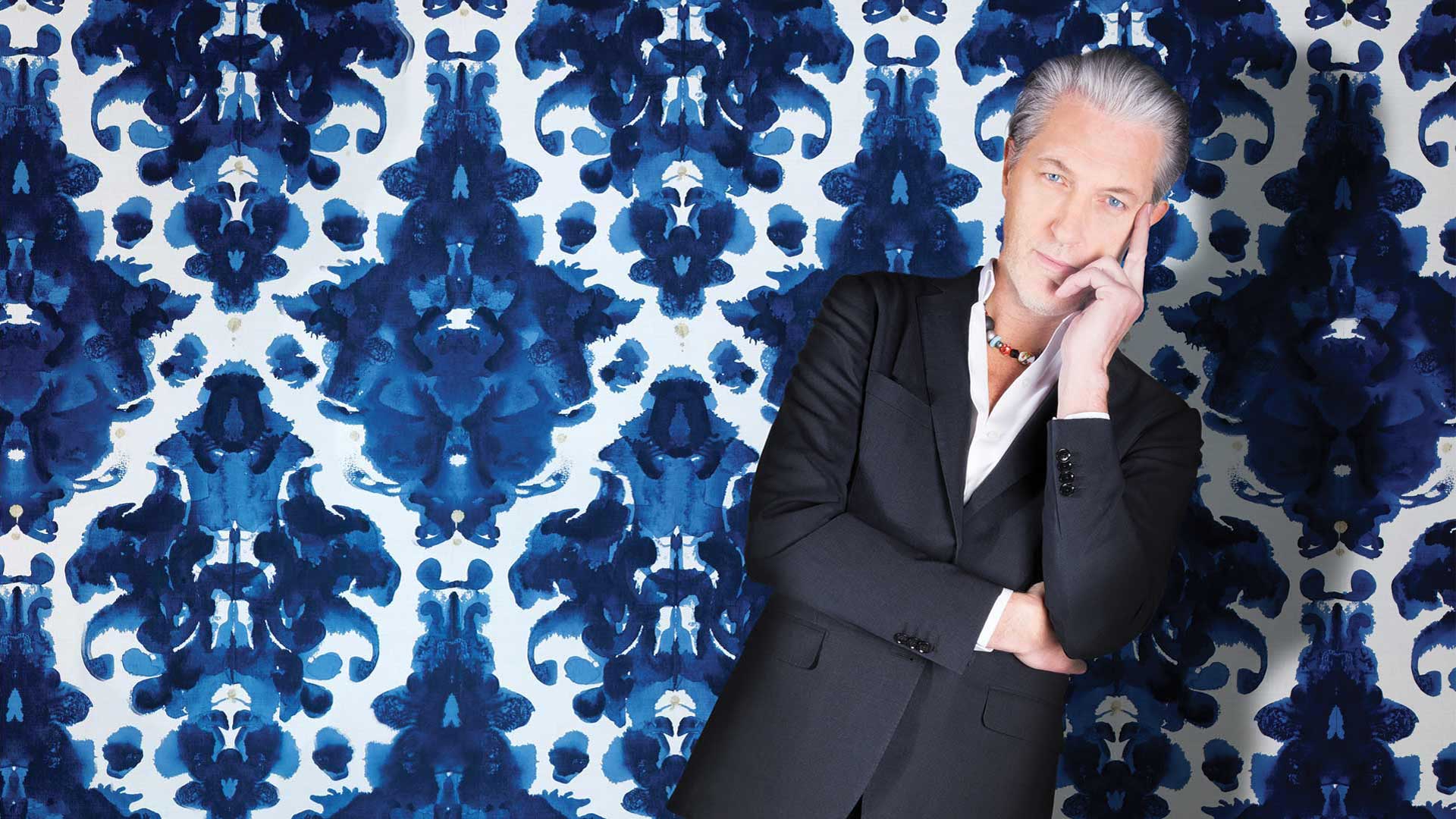