Sanderumgaard garden was established on the danish island of Fyn between 1793 and 1828 by Johan Bülow, the most famous garden designer of his time in Denmark. Its 15 hectares are connected via a network of paths across various natural structures, as well as a 2 km channel system that grants access to visitors via small boats.  The scenic beauty of the garden immediately became a source of inspiration for Bülow’s contemporary artists, authors, and poets of the Romantic period (Clemens, Eckersberg, Molberch, Winther).

In order to create contrast with nature, and emphasize the romantic character of the garden, Bülow dispersed 14 small pavilions in hut-like forms across the site. The pavilions were placed amidst lush vegetation, at secluded locations and could only be discovered by the “wandering souls” who dared to walk off the main road. Those small pavilions were monuments to a thought or a notion, often written above their door (“Døden vis, dødens tid uvis”, “Death known, its time unknown”). They were meant to be experienced in solitude, the preferred state of being of the Romantic soul.

When the architects were invited to reflect on adding a new pavilion to such a stylistically complete universe, they considered two options: either continue on Bülow’s path and create a modern version of his solitary bastions of culture, or pursue quite the opposite direction: a pavilion that is a hymn to nature, only this time as a collective rather than a solitary experience. Such a pavilion should be big enough and suitably shaped to encourage interaction between people, but it should also invoke a sense of modesty and dignity which would unite people in quietly witnessing a spectacle of a far grander scale : nature itself.

The proposal introduces a circular covered arcade which circumscribes a small courtyard in its middle. The courtyard is landscaped as a hybrid Nordic / Japanese garden, with moss, runic stones, and a cherry blossom tree: Its flowers, lasting only a few days a year, reminisce the ephemerality of life -an idea the Romantics would surely appreciate. The double-pitched roof is asymmetric in size, which allows the placement of a poetry room where the plan is deepest. This gives space for visitors to warm their hands at the fireplace, drink a cup of tea and even read poetry of the Romantic era. The arcade is otherwise open and accessible from all sides, and functions as shelter for impromptu gatherings such as concerts, gardening classes, or more formal events such as wedding receptions.

The pavilion is placed at a newly created island and is accessible by boat and via new bridges connecting it to the existing path network. The project is currently under funding with more than 60% of the construction budget covered. 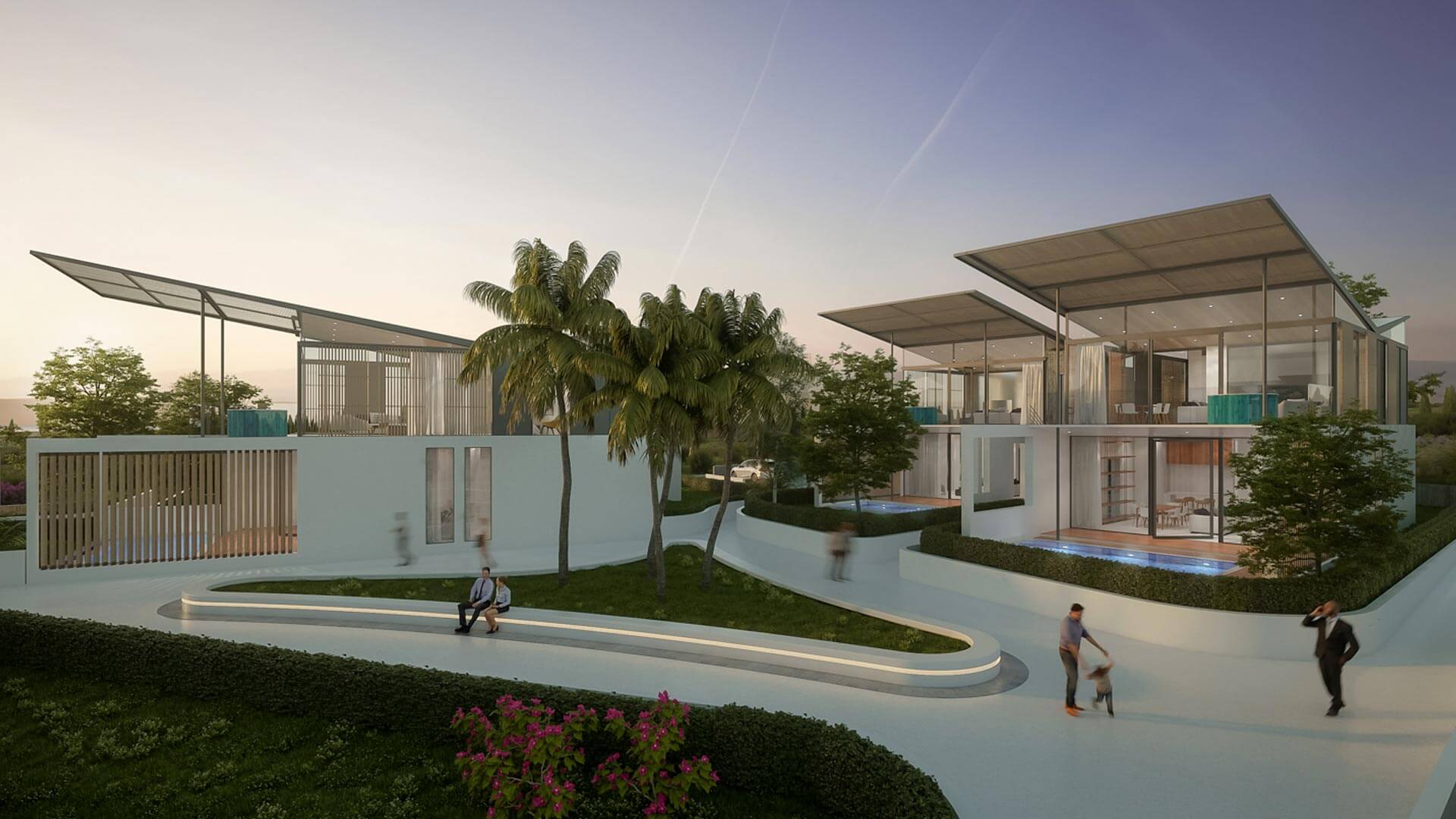 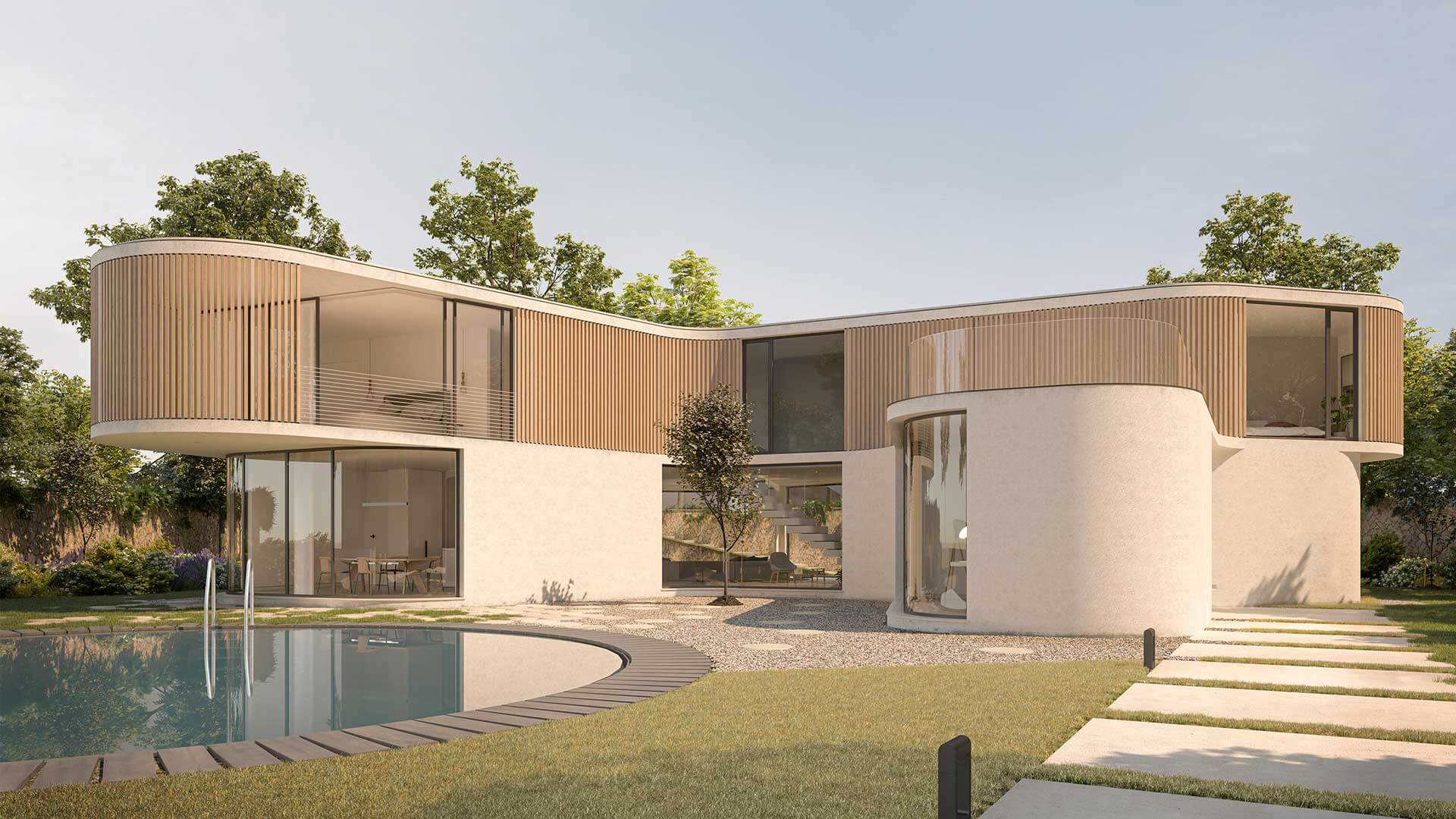 A Pool of Pleasures 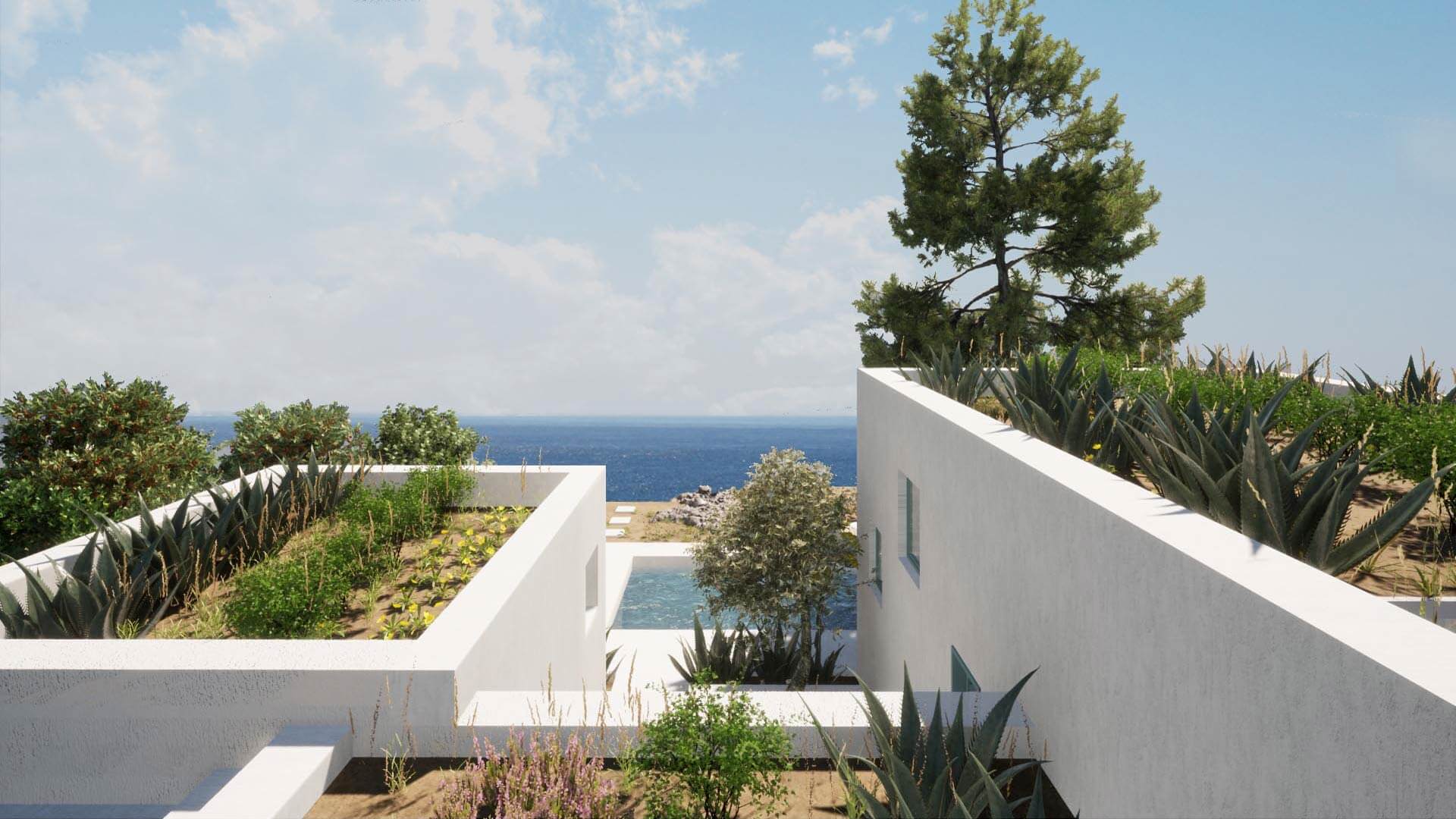