The residence is situated on the top of a cliff by the entrance to the port of Serifos, in a location with exceptional views to the sea and the island. The landscape is sparse, wild and precipitous, albeit in a man-friendly scale. The intention was to integrate the residence to such a landscape via its materials, the construction method and philosophy of design. Thus, the house consists of a minimalist synthesis, without anything superfluous or pretentious, like the cells interspersed throughout Serifos.

The residence comprises two basic levels. The first level, integrated to the ground, accommodates two guesthouses, at the same level with the pool. The second Π-shaped level comprises of the main house; between the three sides, a courtyard with a south-western orientation is formed, protected from the intense northern winds with views to the sea.

The main residence has two bedrooms with bathrooms, a WC, storage space, a kitchen and dining area.

The kitchen links the building’s functions and consequently does not protrude as a volume but is rather defined by the remaining blocks of the composition. Between the kitchen and the rocky hillside lies a secondary breezy courtyard with a north-eastern orientation and views to the port, used when the cold northern winds are absent. 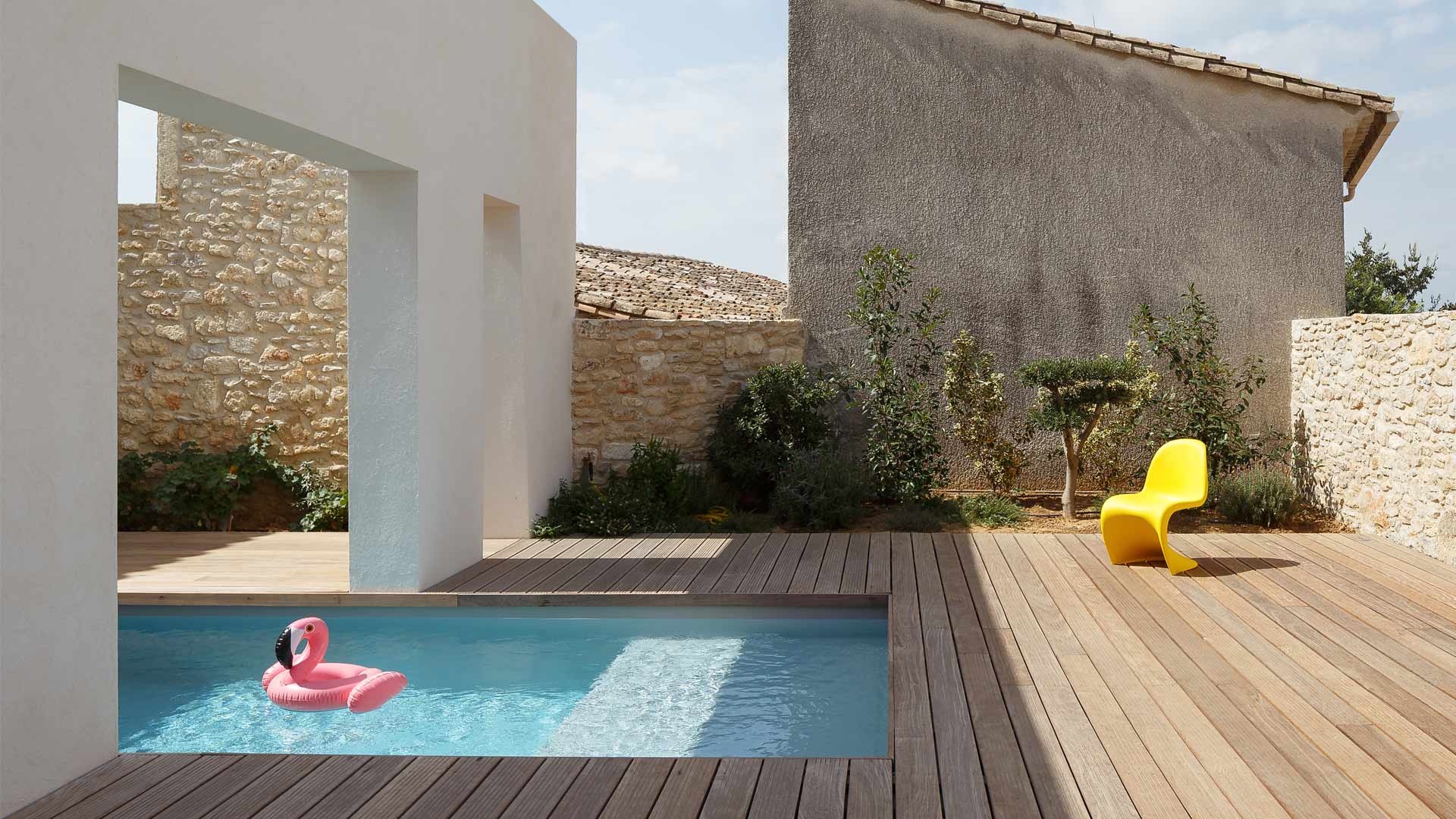 House in a City Center

A Narrative of Place 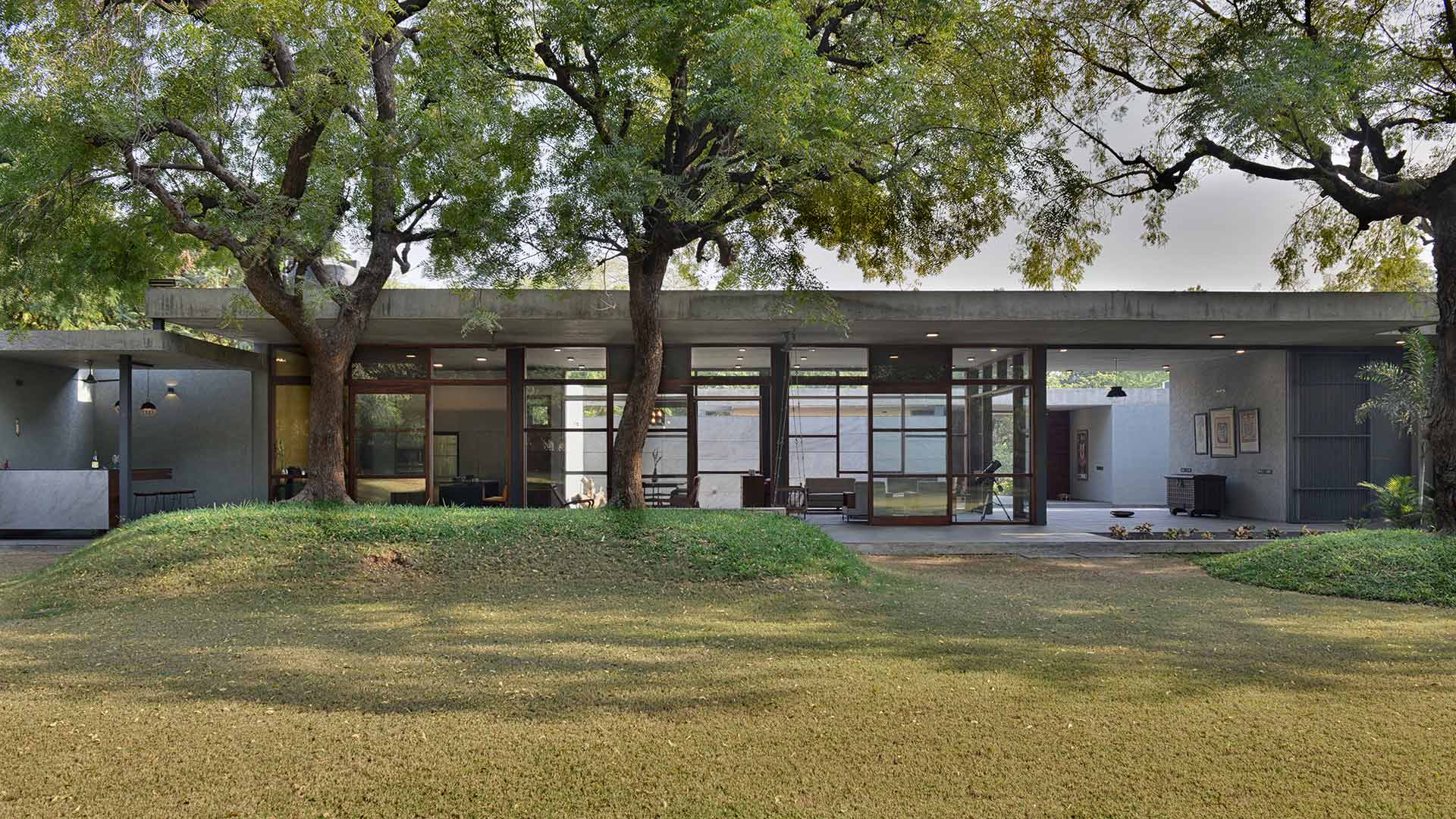 The House by the Trees 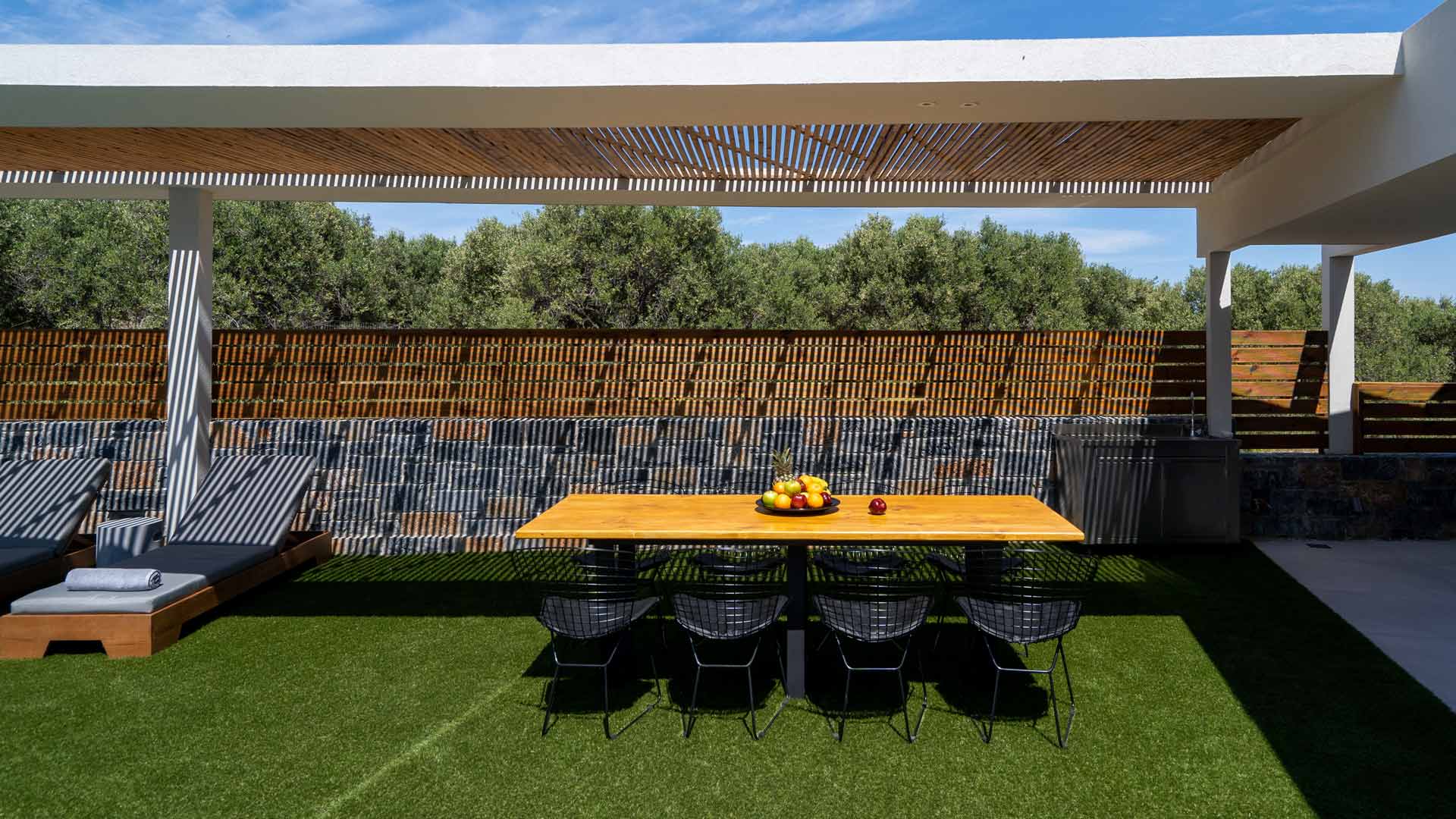 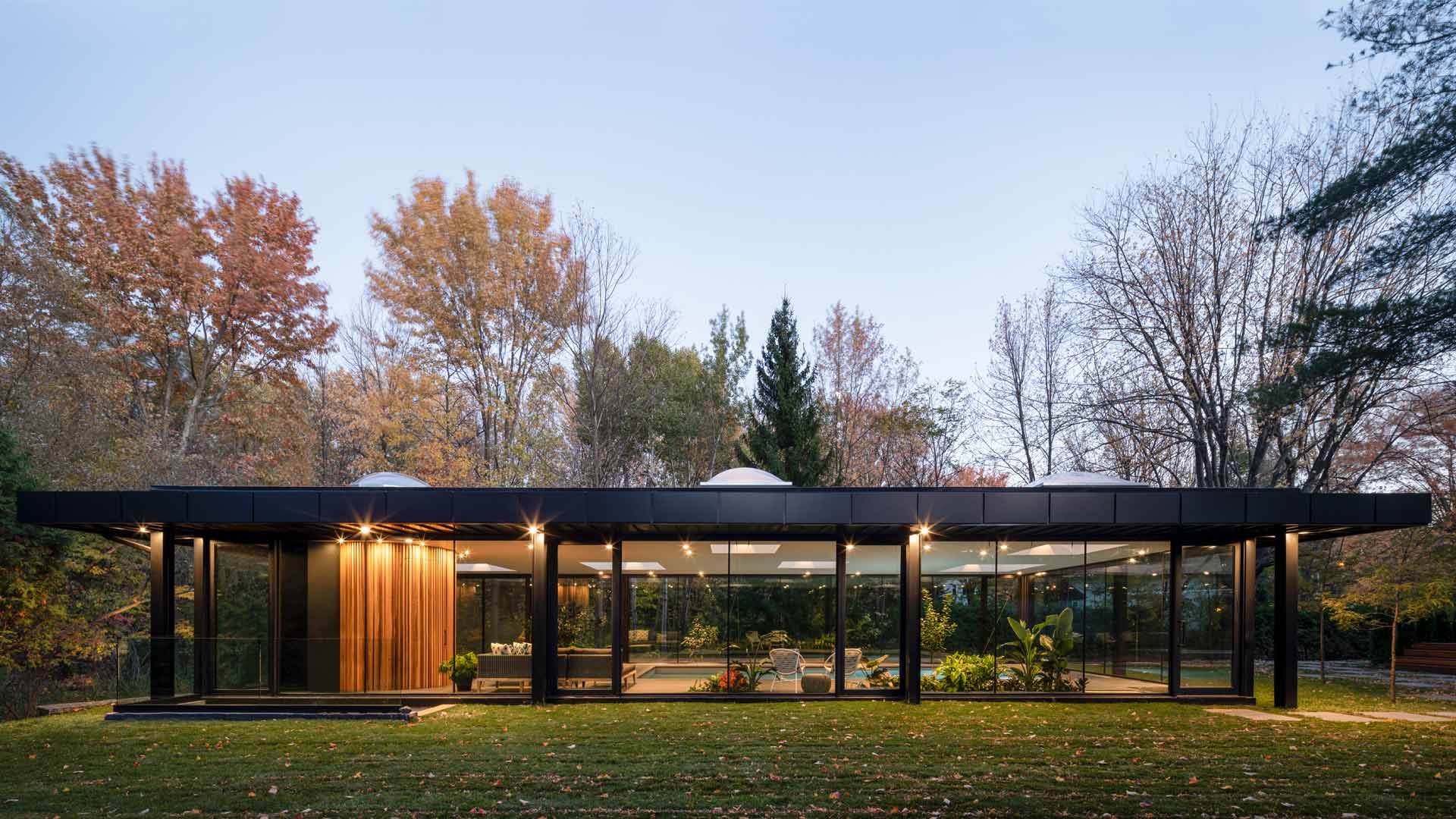