Snøhetta has won the design competition for the Xingtai Grand Theater in China. Situated in Xingtai, one of China’s oldest cities, the theater will become a new landmark for the rapidly modernizing city.

As one of the fastest growing cities in the Hebei Province, the spatial layout of Xingtai’s old town is currently struggling to meet the needs of this rapid urban development. The new Grand Theater is the anchor of a new master plan in Central and Southern parts of the Province, forming a new cultural monument.

‘Xingtai is looking towards the future while remaining grounded in its rich history’, says Snøhetta founder Kjetil Trædal Thorsen. The Grand Theater is an important cultural initiative to carry forward this city’s legacy and culture.

The design proposal goes beyond the prescribed site boundary, intentionally introducing a larger gesture – the Grand Circle Promenade. This includes not only the Grand Theater, but a science-and technology museum, a circular event plaza and the central eco-park, creating a generous space of interaction and creativity. Physically, functionally and symbolically, this circular gesture unites and connects the different cultural programs in the area; culture, science and nature, marking the area with its unique identity, while simultaneously fostering and instilling harmony to its surrounding environment. This design initiative connects the different cultural and science programs in the vicinity, creating an inclusive public space where visitors from any cultural or social background can enjoy the sights and activities around and inside the Grand Theater, without necessarily being a ticket-holder.

The design is inspired by the ancient Eastern Chinese philosophy, “Tian Yuan Di Fang”, meaning round sky and square Earth, which is a way of understanding the universe. The round sky represents its organic moving elements, such as the moon and the stars, whereas the square Earth represents the stable steadfast ground. By distinguishing heaven and Earth, the philosophy encompasses everything in between. The all-encompassing, incorporating design pays homage to this idiom, spanning from the macro level of the science museum and the park, to the micro-level where activities happen between heaven and Earth, inside, outside, on top of, or between the buildings.

Emerging from the Grand Circle Promenade is the Xingtai Grand Theater. The city’s name ‘xing’ originated from the Chinese character ‘a well (井)’, attributed to the city’s early advancement in well technology. ‘Tai’ means platform (台) and originates from the Tai Hang Mountains to the west. The design pays homage to the well and the city’s early advancement in well technology by incorporating the reflective pool at the center of the Grand Circle Promenade. A walkway circles the ‘well’, embracing the site before spiraling through the theater building, all the way up to its outdoor roof plaza, which provides a view of the new cultural area. The ‘platform’ is represented via multiple podiums incorporated in the design, creating opportunities for both choreographed and live performances. Simultaneously, the building’s ceramic façade pays tribute to Xingtai’s rich porcelain manufacturing history, sweeping across the space and providing shade and cover for the pathway, as well as diffused lighting in the interior lobby. The Grand Theater’s structural slanted columns array at full height along the façade as a singular system, and the circular pathway mitigates itself along a square perimeter, rising to the outdoor roof plaza at 22.5 meters above grade.

The design aims to provide a conceptual level of balance between the theater’s long-curved plaza, shimmering façade, and soaring atrium. The Grand Circle Promenade demarcates a circular space which can be used for picnic gatherings and family activities. The outdoor amphitheater welcomes spontaneous impromptu practice sessions, and the midpoint platform overlooks the park. Its surrounding neighborhood is expected to become a significant node of interest for both future residents and visitors of Xingtai. Focusing on the interaction between the building and the public, the walls interact with the building itself and is a key element of the overall planning for the building. The Grand Theater aims to serve as a space for performances from all around the world, but also where life and activities organically aggregate around it. 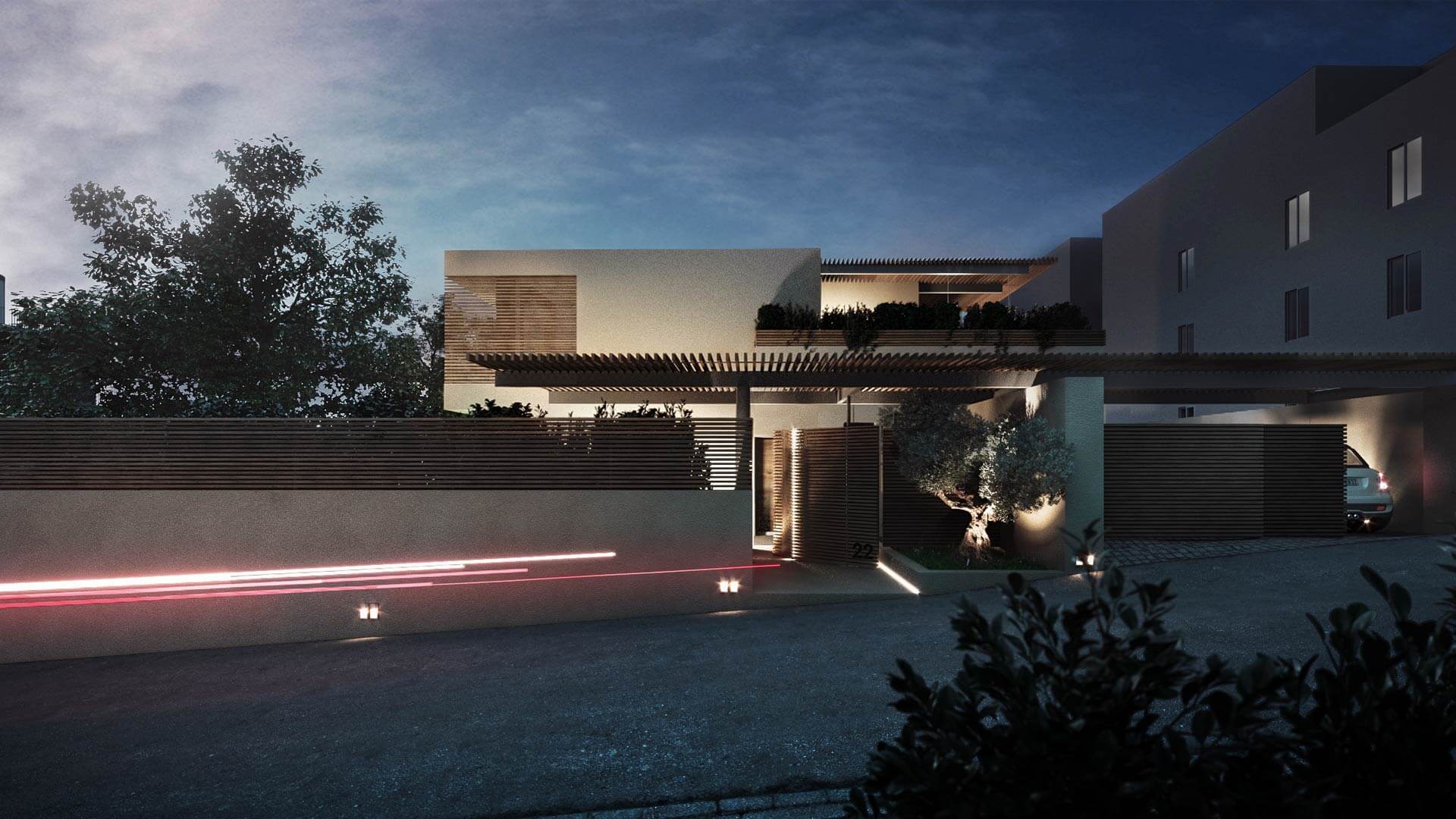 A Theater of Domestic Life 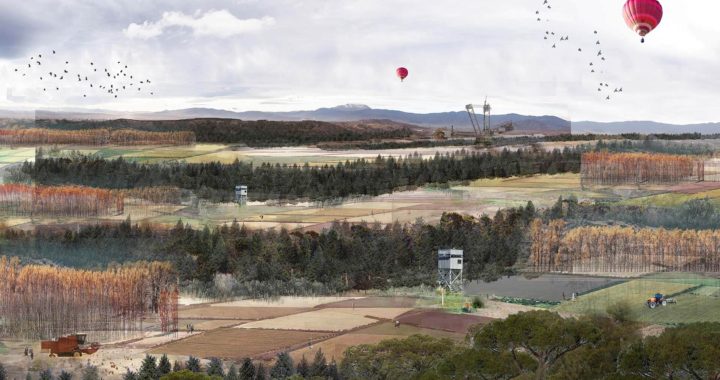 3td prize in a national competition of ideas 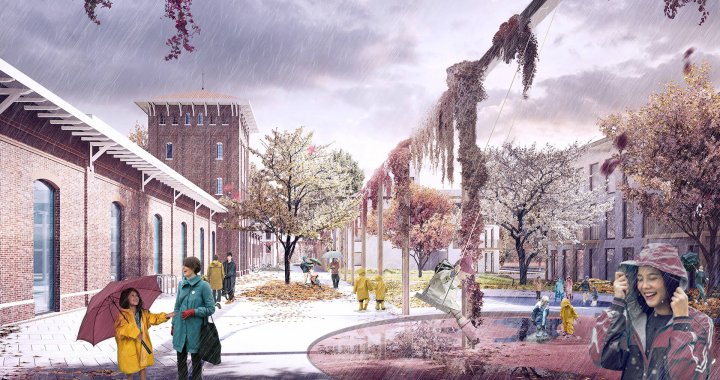 New construction and restoration on Dutch landmark in Haarlem. 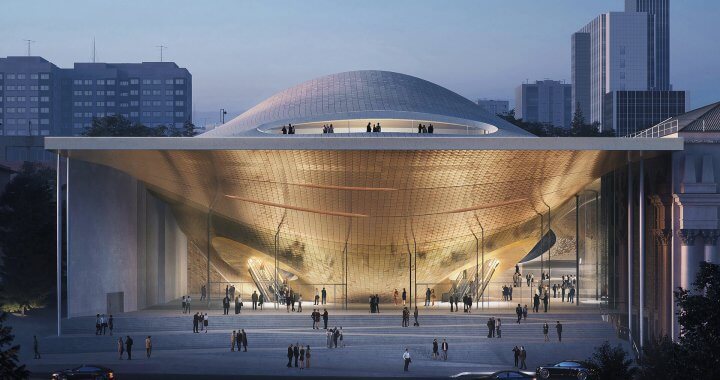 We use cookies to ensure that we give you the best experience on our website.AcceptTerms and Conditions