The company Homeproperty renovated from scratch a small city hotel in Lakki of Leros. Lakki is singular compared to the rest of the island, having a separate layout reminiscent of an urban center.

The hotel was built in 1981 and had a capacity of 32 beds. The owner wanted the new hotel construction to give emphasis on modern aesthetics and functionality. The Homeproperty company undertook the design and execution of the project, creating a stunning effect that really is a gem for the city. For the purposes of the project, it had to reduce the capacity of the plant forming a new layout of the rooms. In addition to the simple double and triple rooms, the unit now has 2 Suites and 1 family room that can accommodate up to 5 people. The hotel held a major renovation throughout. On the ground floor a special wood construction using CNC impresses in the breakfast area, while the surrounding setting emanates an equally impressive minimalist mood. Special emphasis was given in architectural lighting which pleasantly surprises the user in any space. In all areas of the hotel, the colour white predominates without creating monotony, instead entitles one to focus on certain points deliberately highlighted. The furniture in the bar and bathrooms is coated with marble plaster giving a unique aesthetic effect. In the shower floors placed quartz sand while on the ground floor of the building was invested with wood strips. 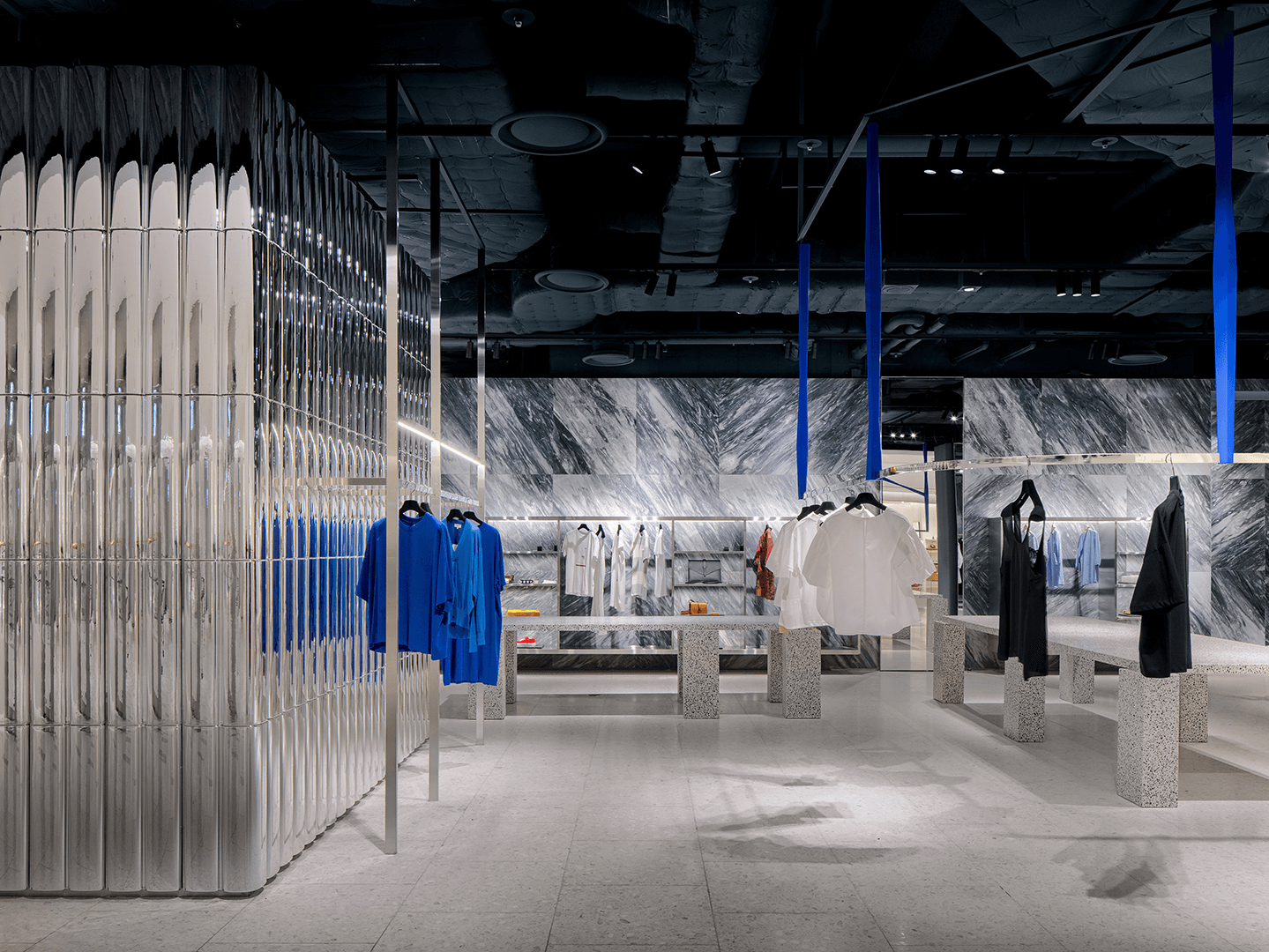 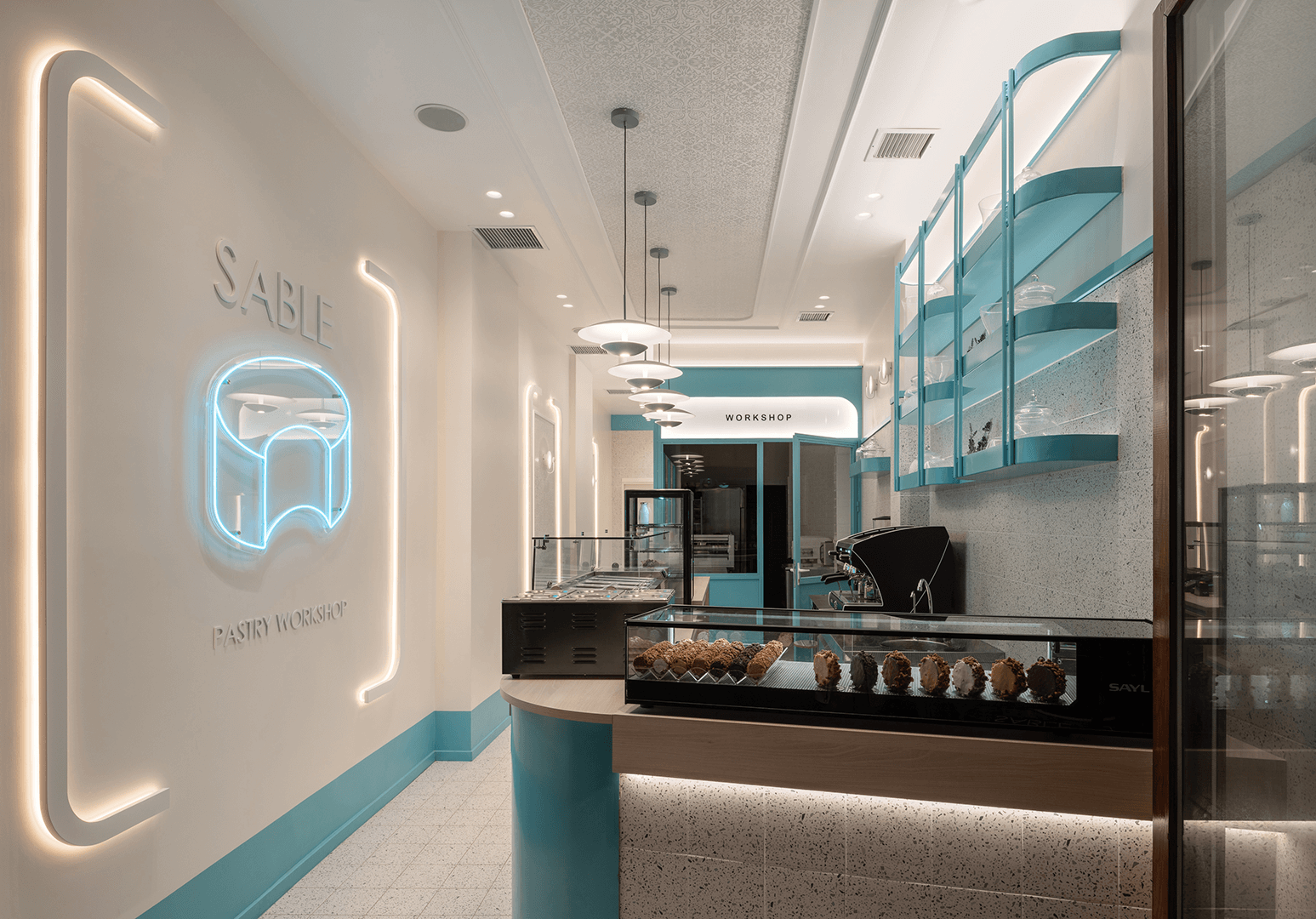 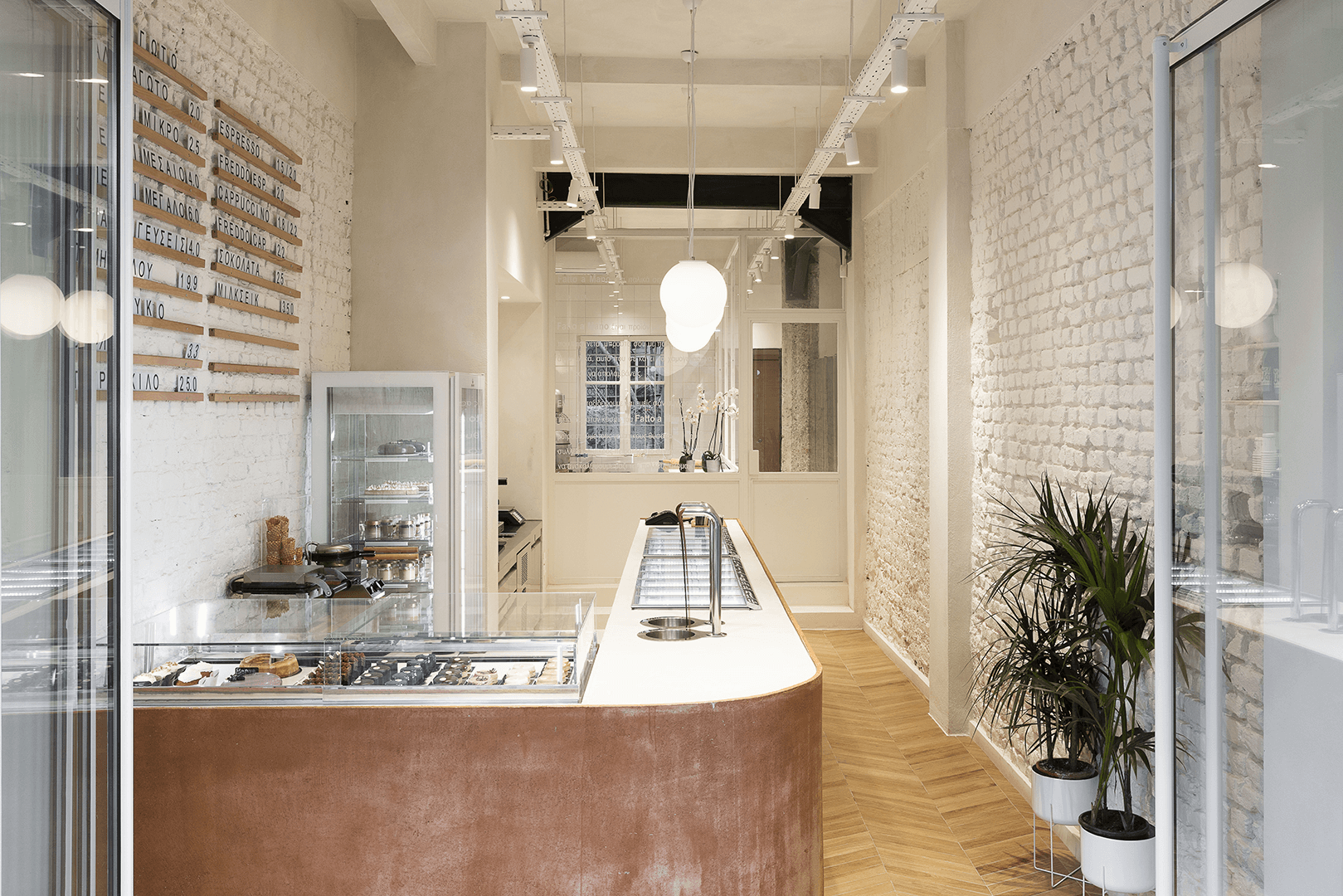 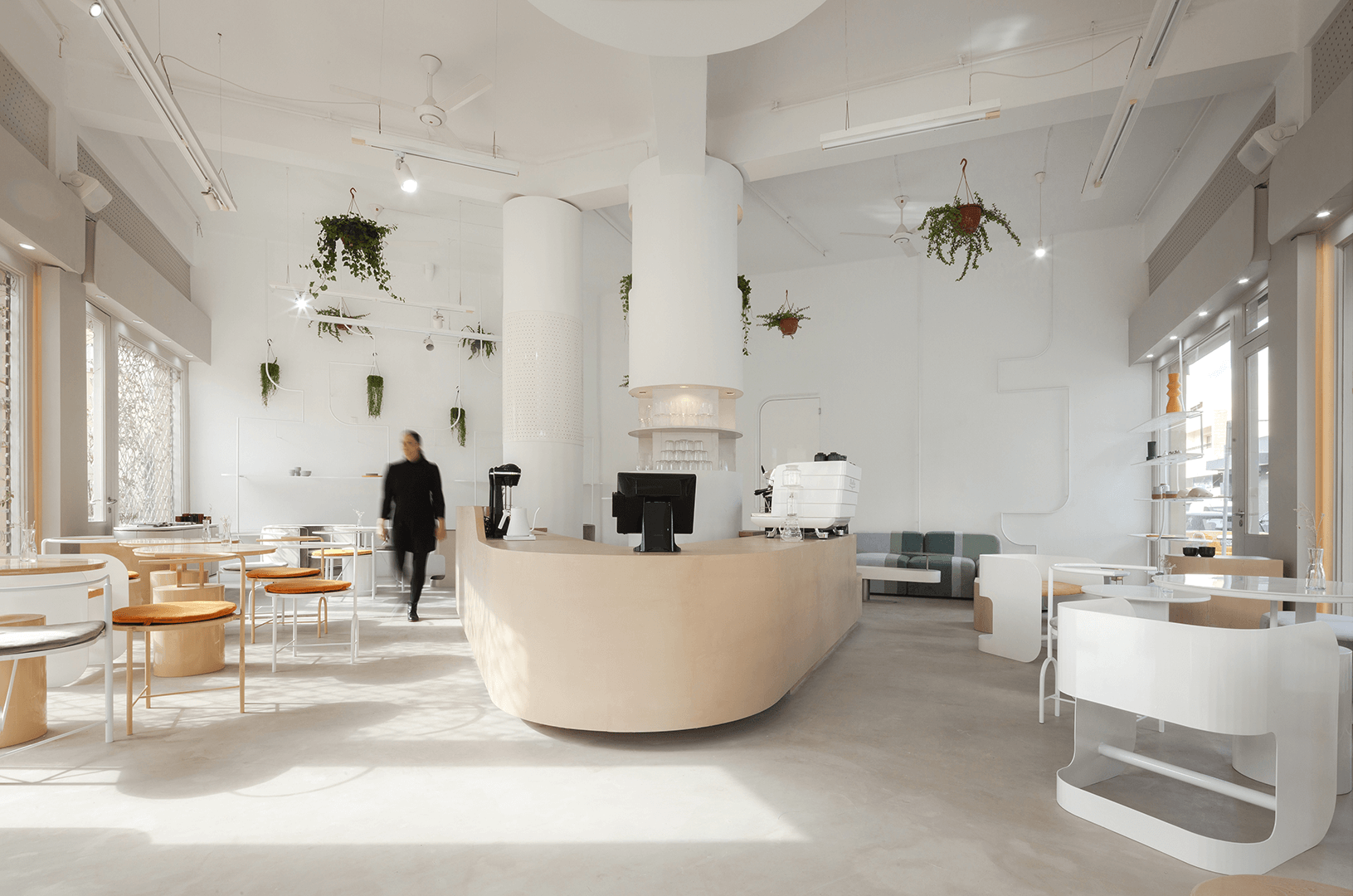